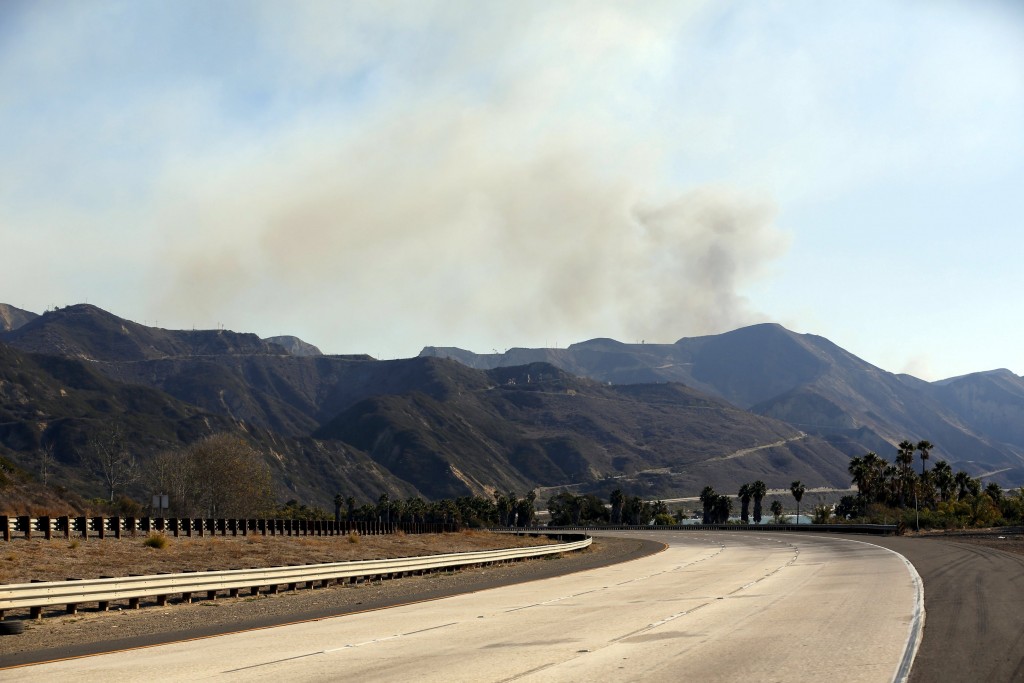 A wildfire northwest of Los Angeles burned about 1,200 acres of land, forced the closure of parts of a major highway and led to evacuations on Saturday, fire officials said.

More than 600 firefighters battled the blaze in the Solimar Beach area of Ventura County, and parts of U.S. Highway 101 had been closed, county fire department officials said at a news conference.

No injuries have been reported, fire officials said. No structures have been damaged by the fire, but nearby Union Pacific rail lines were closed for a period and the fire is a threat to oil, gas and power lines.

The highway, a major roadway in the region, may reopen in the afternoon, fire and police officials said.

“Even if we do open up the roadways, it’s still not a contained fire,” Ventura County Fire Department Chief Norm Plott told reporters. “It’s a very dynamic fire. We’re not quite out of the woods yet.”

The fire is less than 10 percent contained and it will take at least three days to get it under control, fire officials said. The cause of the fire was still under investigation.

Helicopters and fixed-wing tankers have helped with water drops.

Fire officials had earlier reported that parts of the Pacific Coast highway also were closed, but a fire department spokeswoman said only a portion that overlaps the 101 was closed. Ventura is about 65 miles northwest of Los Angeles.

The fire started at around 11 p.m. local time on Friday near Ventura, and strong winds as high as 50 miles per hour and dry vegetation caused it to grow rapidly, fire officials said.

At around 2 a.m. local time on Saturday in a video posted on social media, Venture County Fire Department Captain Steve Kaufman said the fire was near the beach, “bumping up against the roadway. We’re getting a bunch of embers in Solimar east.”

The Solimar Beach community, with 50 to 60 homes, and a nearby campground are under a mandatory evacuation order, while a voluntary one has been issued for the nearby Faria Beach community, where there are 30 to 40 homes, fire officials said.