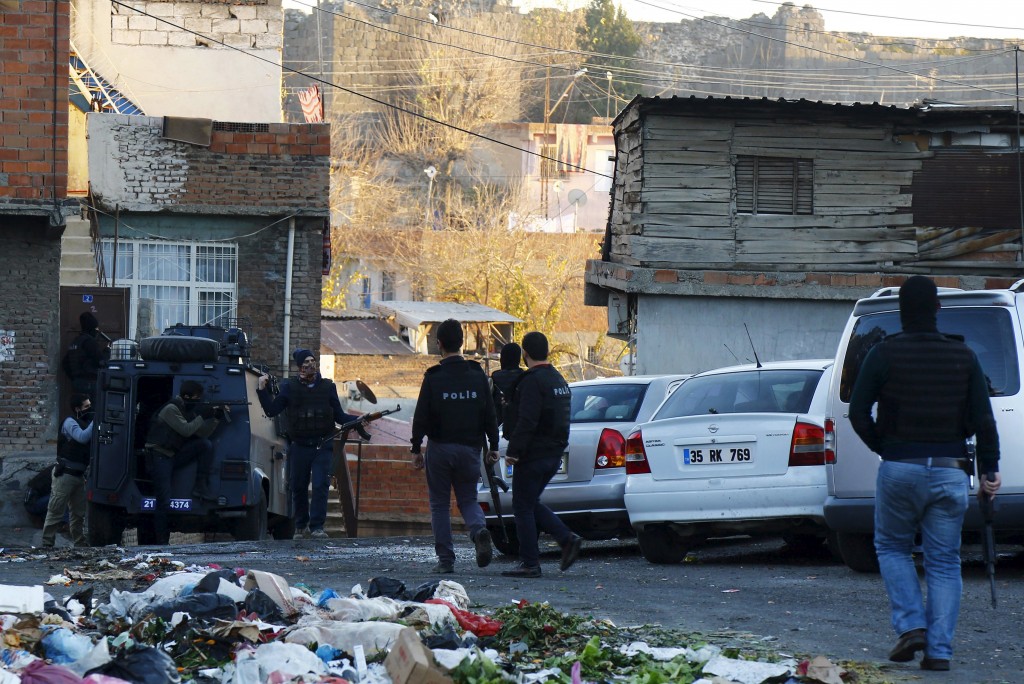 Turkish troops killed six Kurdish terrorists in a clash in the restive southeast, and one of three soldiers wounded in the firefight died in the hospital, the armed forces said in a statement on Friday.

Since a two-year cease-fire between Kurdistan Workers Party (PKK) terrorists and Ankara fell apart in July, the mainly Kurdish southeast has been plunged back into a three-decades-old conflict which has killed more than 40,000 people.

The latest clash erupted on Thursday evening in the town of Cizre, near the Syrian border, which has witnessed intense fighting since a round-the-clock curfew was declared there and in the nearby town of Silopi near the Iraqi border 12 days ago.

Further north in the region’s largest city of Diyarbakir, part of which is also under curfew, three Kurdish rebels were killed in clashes with police on Thursday, according to security sources.

According to data from the pro-Kurdish Peoples’ Democratic Party (HDP), at least 38 civilians have been killed during the latest security force operations, backed by tanks and thousands of troops. State media says 168 PKK terrorists have been killed.

Since the PKK launched its insurgency in 1984, fighting has been largely focused in the countryside, but the latest conflict has been focused in urban areas, where the PKK youth wing has set up barricades and dug trenches to keep security forces out.

The PKK is designated a terrorist group by Turkey, the United States and the European Union. Ankara launched a peace process with the group’s jailed leader Abdullah Ocalan in late 2012 but the talks ground to a halt early this year.