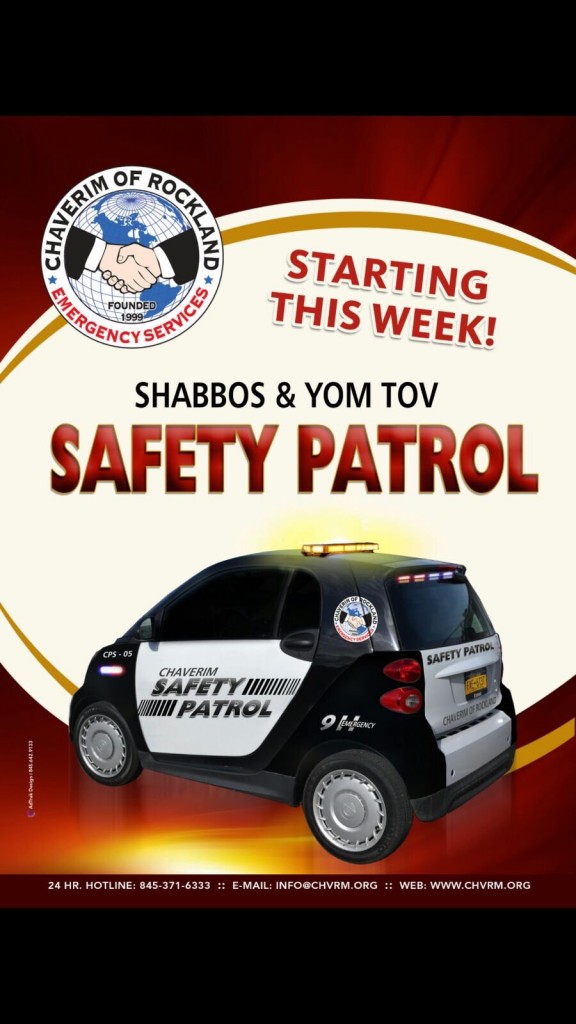 Jews in the greater Monsey area may feel a little safer on Shabbosos and Yomim Tovim starting this week, as Chaverim of Rockland County has announced that is adding monitoring and patrolling cars on Shabbos and Yom Tov.

The patrols will be manned by non-Jews.

“The new patrols will provide assistance for any urgent situations that may arise during Shabbos and Yom Tov,” Chaverim said when the plan was first announced at the end of October.