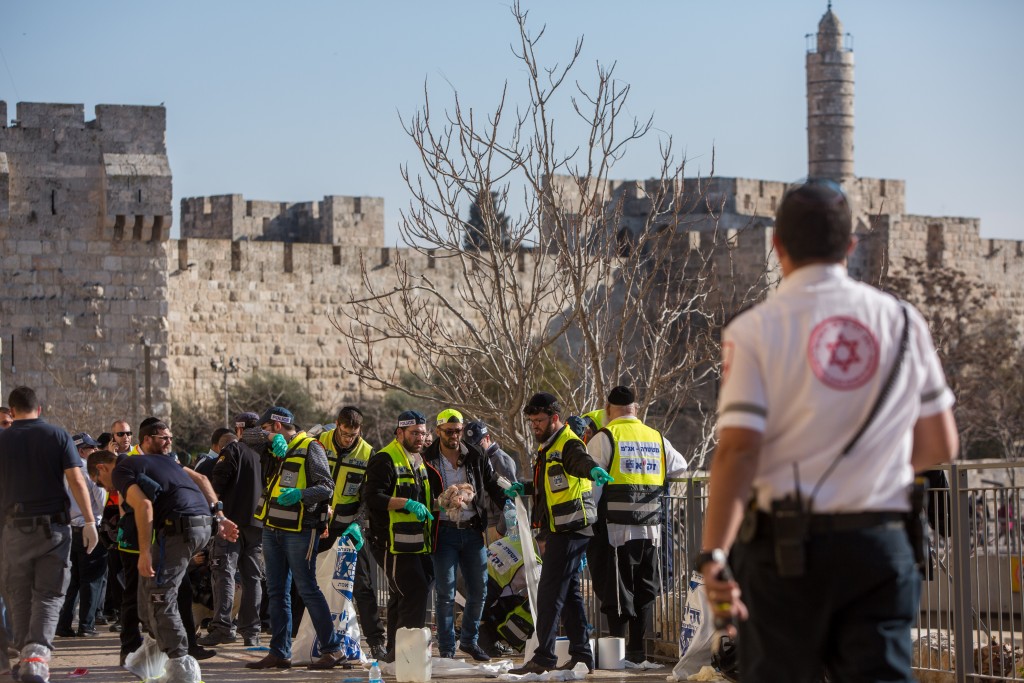 IDF troops overnight Thursday arrested five wanted terror suspects in Yehudah and Shomron. The suspects were arrested on charges of rioting, including throwing rocks and firebombs, and endangering IDF soldiers and Israeli civilians. Two suspects were arrested in the Kalkilya area, two in the Shechem area, and one near Beit Lechem, the latter a wanted Hamas terrorist.

In addition, IDF engineers prepared overnight Thursday for the demolition of the homes of the two terrorists who participated in terror attacks this week. The two, Issa Yassin Yussuf and Wanoun Mahmad Salah Hamad, were killed when they attacked and murdered two Jews on Wednesday near the Jaffa Gate in Jerusalem. The two were residents of Kalandia, an Arab village within the Yerushalayim city limits.

Killed in that attack were Rav Reuven Biermacher, Hy”d, 51, and Ofer Ben Ari, z”l, 46. Rav Biermacher died of stab wounds at the hands of the terrorists, who reportedly stabbed him 23 times. Ben Ari was killed by accidental fire as police sought to shoot the terrorist.

Earlier Thursday, two soldiers were injured by rock throwing Arabs in Kalandia. IDF troops opened fire and shot at rioters, eliminating one of them and seriously injuring a second.

On Thursday morning, a terrorist stabbing took place in the Barkan industrial zone, near the central Shomron city of Ariel. The terrorist stabbed two Israeli security guards. Both were in moderate to serious condition. The terrorist was shot and neutralized, officials said.