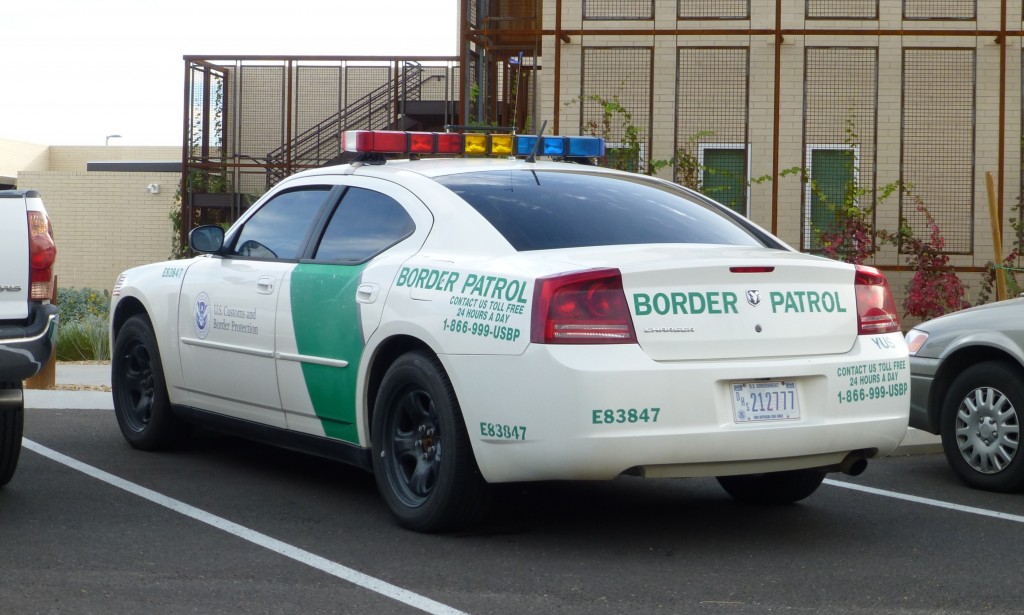 The Department of Homeland Security has begun preparing for a series of raids that would target for deportation hundreds of families who have flocked to the United States since the start of last year, according to people familiar with the operation.

The nationwide campaign, to be carried out by U.S. Immigration and Customs Enforcement (ICE) agents as soon as early January, would be the first large-scale effort to deport families who have fled violence in Central America, those familiar with the plan said. More than 100,000 families with both adults and children have made the journey across the southwest border since last year, though this migration has largely been overshadowed by a related surge of unaccompanied minors.

The ICE operation would target only adults and children who have already been ordered removed from the United States by an immigration judge, according to officials familiar with the undertaking, who spoke on condition of anonymity because planning is ongoing and the operation has not been given final approval by DHS. The adults and children would be detained wherever they can be found and immediately deported. The number targeted is expected to be in the hundreds and possibly greater.

The proposed deportations have been controversial inside the Obama administration, which has been discussing them for several months. DHS Secretary Jeh Johnson has been pushing for the moves, according to those with knowledge of the debate, in part because of a new spike in the number of illegal immigrants in recent months. Experts say that the violence that was a key factor in driving people to flee Central America last year has surged again, with the homicide rate in El Salvador reaching its highest level in a generation. A drought in the region has also prompted departures.

The pressure for deportations has also mounted because of a recent court decision that ordered DHS to begin releasing families housed in detention centers.

Although Johnson has signaled publicly for months that Central American families not granted asylum would face deportation, the plan is likely to trigger renewed backlash from Latino groups and immigrant advocates, who have long accused the administration of overly harsh detention policies even as Republicans deride President Obama as soft on border security.

Advocates have not been briefed on the plans and on Wednesday expressed concern. They cited what they called flaws and abuses in the government’s treatment and legal processing of the families, many of whom are fleeing danger or persecution in El Salvador, Guatemala and Honduras.

“It would be an outrage if the administration subjected Central American families to even more aggressive enforcement tactics,” said Gregory Chen, director of advocacy for the American Immigration Lawyers Association. “This administration has never acknowledged the truth: that these families are refugees seeking asylum who should be given humanitarian protection rather than being detained or rounded up. When other countries are welcoming far more refugees, the U.S. should be ashamed for using jails and even contemplating large-scale deportation tactics.”

Groups that have called for stricter immigration limits said the raids are long overdue and remained skeptical about whether the scale would be large enough to deter future illegal immigration from Central America.

“I’ll believe it when I see it,” said Mark Krikorian, executive director of the Center for Immigration Studies. “What share is this going to be? . . . It’s a drop in the bucket compared to the number they’ve admitted into the country. If you have photogenic raids on a few dozen illegal families and that’s the end of it, it’s just for show. It’s just a [public relations] thing, enforcement theater.”

Marsha Catron, a DHS spokeswoman, would not comment on any possible ICE operations but pointed out that Johnson “has consistently said our border is not open to illegal immigration, and if individuals come here illegally, do not qualify for asylum or other relief, and have final orders of removal, they will be sent back consistent with our laws and our values.”

The raids could become a flash point on the 2016 campaign trail, where GOP presidential contenders, including front-runner Donald Trump, have made calls for stricter border control a central issue. Trump’s rise has come as he has promised to deport all undocumented immigrants and bar entry to the United States for Muslim refugees in the wake of the terrorist attacks in Paris and San Bernardino, California, policy prescriptions denounced by Democratic candidates, including Hillary Clinton.

The immigration issue has often bedeviled Obama, who came into office under pressure from supporters to end the George W. Bush administration’s post-Sept, 11, 2001, crackdown on illegal migrants. Instead, the administration increased deportations in its early years, drawing repeated fire from Latino groups and immigration advocates. Then, in summer 2014, came the surge of children flocking across the southwest border.

While most public attention focused on minors who were crossing the border alone, the number of children who came with a family member – known as “family units” in DHS parlance – also spiked dramatically.

With the government overwhelmed at first, many of the families were simply released and told to appear at later immigration court dates to determine if they would be granted asylum.

Some never showed up or had their asylum claims rejected and were ordered deported by immigration judges, officials familiar with the process said. That population is among those expected to be targeted in the upcoming raids, they said.

Immigrant rights advocates and legal experts say the families and minors were in many cases not granted adequate representation and were confused by the asylum procedures in court.

DHS, meanwhile, reacted to the surge by opening family detention centers, two in Texas and one in Pennsylvania. Those centers now house more than 1,700 people, DHS officials said Wednesday. But even as DHS officials have long vowed that the migrants will be treated humanely, their advocates have said conditions are crowded and inhumane in the centers, which often house women with children.

As the administration wrestled with how to handle the families, Johnson in November 2014 issued a set of new immigration enforcement priorities. Much of the attention focused on his public statements that undocumented immigrants who had been in the country for years should be integrated into society rather than deported. And Obama, on the same day, announced an executive action intended to shield up to 5 million illegal immigrants from deportation.

But Obama’s action has been blocked in the courts. And Johnson has also made clear that families, children and others who had illegally crossed the border recently and did not obtain asylum status – and anyone ordered deported starting on Jan. 1, 2014 – would be subject to removal.

DHS “will also continue to expedite, to the greatest extent possible, the removal of those who are not eligible for relief under our laws,” Johnson said in a September statement about the family detention centers. “We take seriously our obligation to secure our borders.”

In August, a federal judge in California ordered the administration to begin releasing in October children and family members from the detention centers. The judge said DHS had violated a 1990s consent decree that said minors taken into custody, whether accompanied by an adult or not, had to be treated humanely and allowed to quickly contest their incarcerations.

The administration has said it is complying with the ruling, but it has also filed an appeal with a federal appeals court, and officials said the decision left them feeling hamstrung. “It doesn’t allow us to hold onto people, to detain them until we can deport them,” said one-person familiar with the internal debate.

Then, in recent months, the flow of families crossing the border suddenly shot up again. The numbers of family units apprehended rose 173 percent in October and November, compared to the same period last year, according to DHS data analyzed by the Migration Policy Institute, a nonpartisan think tank.

The court decision and the sudden spike led to the decision to begin planning the upcoming raid, said officials familiar with the deliberations, who said DHS knows the deportations will be inflammatory but feels like it must enforce the law.