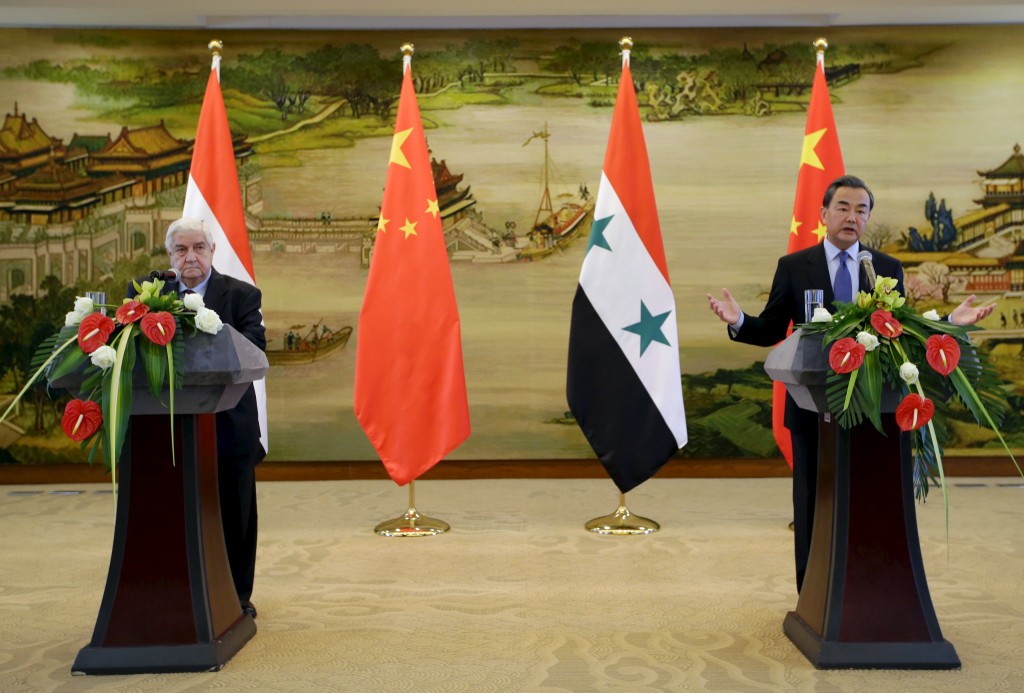 Syria is ready to take part in peace talks in Geneva and hopes that the dialogue will help it form a national unity government, Syrian Foreign Minister Walid al-Moualem said on Thursday during a visit to Beijing.

The U.N. Security Council last Friday unanimously approved a resolution endorsing an international road map for a Syrian peace process, a rare show of unity among major powers on a conflict that has claimed more than a quarter of a million lives.

The U.N. plans to convene peace talks in Geneva towards the end of January.

Moualem, who spoke to reporters in English, said he had told Chinese Foreign Minister Wang Yi that Syria was “ready to participate in the Syrian-Syrian dialogue in Geneva without any foreign interference.”

“Our delegation will be ready as soon as we receive a list of the opposition delegation,” he said.

“We hope that this dialogue will be successful to help us in having a national unity government,” Moualem said, standing next to Wang at the Chinese Foreign Ministry.

“This government will compose a constitutional committee to look for a new constitution with a new law of election so the parliamentary election will be held within the period of 18 months, more or less.”

Friday’s resolution gives the U.N.’s blessing to a plan negotiated earlier in Vienna that calls for a cease-fire, talks between the Syrian government and opposition and a roughly two-year timeline to create a unity government and hold elections.

But the obstacles to ending the war remain daunting, with neither side in the conflict able to secure a clear military victory. Despite their agreement at the United Nations, the major powers are bitterly divided on who will represent the opposition as well as on the future of Syrian President Bashar al-Assad.

Wang over the weekend invited Syrian government and opposition figures to come to China as it looks for ways to help with the peace process.

Wang declined to answer directly when asked if China thought Assad should remain in power or step down.

“China’s position is very clear. We believe Syria’s future, its national system, including its leadership, should be decided and set by the people of Syria,” he said.

“China’s role on the Syrian issue is to promote peace and negotiations … China hopes to see a peaceful, stable and developing Middle East,” Wang added.

China has played host to both Syrian government and opposition figures before, though it remains a peripheral diplomatic player in the crisis.

While relying on the region for oil supplies, China tends to leave Middle Eastern diplomacy to the other permanent members of the U.N. Security Council, namely the United States, Britain, France and Russia.

China has its own security concerns in Syria, though it has not joined in the bombing of Islamic State.

“China believes that any and all efforts to combat terrorism should be respected and supported,” Wang said.

China has expressed concern that Uighurs, a mostly Muslim people from western China’s Xinjiang, have ended up in Syria and Iraq fighting for militant groups there.