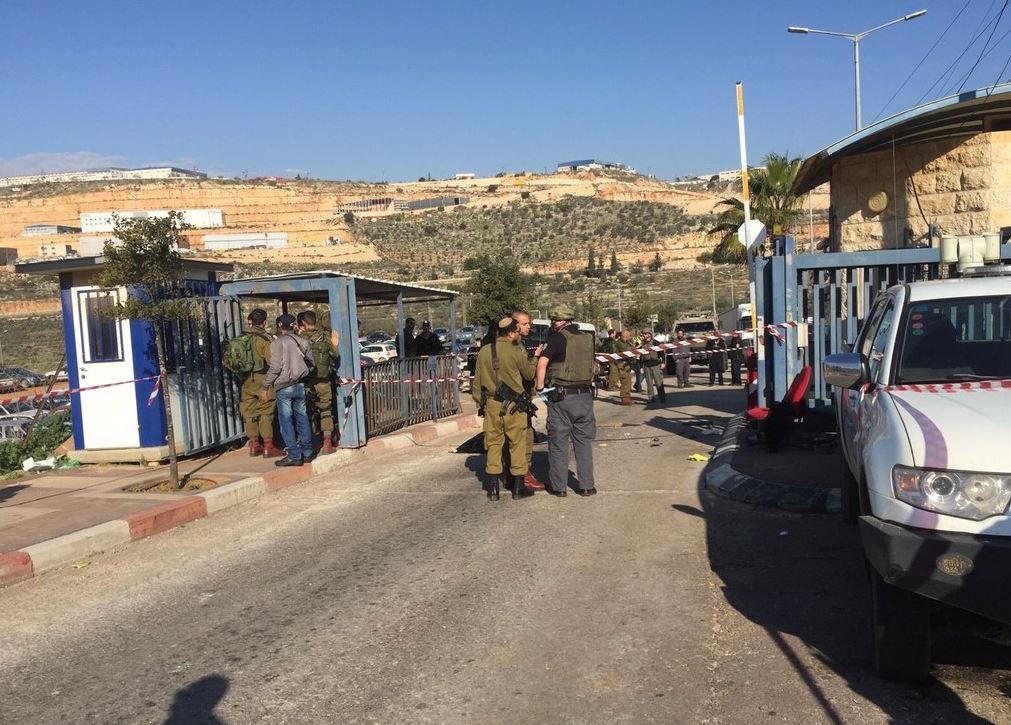 A terrorist stabbing took place Thursday morning in the Barkan industrial zone, near the central Shomron city of Ariel. The terrorist stabbed two Israeli security guards. Both were in moderate to serious condition. The terrorist was shot and neutralized, officials said.

IDF officials were conducting a search for a vehicle the terrorist reportedly arrived in. The Barkan Industrial Zone is a large area with factories and workshops in central Shomron, and more than half of the workers there are Palestinian residents of nearby villages. Police said that the terrorist was a resident of one of those villages, and that he had a valid work permit for the industrial zone.

A short time later, a female terrorist attempted to stab several Israelis near Chevron. The terrorist was shot and killed.

Overnight Wednesday, IDF troops arrested 17 wanted security suspects. The suspects were wanted for their role in riots and attacks against IDF soldiers and Israeli civilians.

Meanwhile, one of the victims of Wednesday’s stabbing terror attack outside the Jaffa Gate in Yerushalayim’s Old City showed marked improvement overnight, Shaarei Zedek Hospital officials said Thursday. The victim, said officials, had been taken off a respirator and was conscious. “I expect him to be taken out of the intensive care unit sometime this morning,” Shaarei Zedek’s Dr. Ofer Merin told Army Radio. The public was asked to continue to daven for Mordechai Aharon ben Leah Miriam.

Two other people were killed in the attack Wednesday afternoon – one, Rav Reuven Biermacher, Hy”d, 51, from stab wounds, and a second, Ofer Ben Ari, z”l, 46, who was reportedly killed by accidental fire as police sought to shoot down the terrorist.

Rav Biermacher, originally from Argentina, was a rebbi in Yeshivas Aish HaTorah’s Spanish program. He had spent the morning teaching, and was killed as he left the Old City, Rabbi Steve Burg, Director General of Aish HaTorah, wrote in a message to the yeshivah posted on his social-media page. Police said that Rav Biermacher had been stabbed 23 times.

Speaking on Army Radio, Yerushalayim Deputy Chief Assi Aharoni said that the death of Ofer Ben Ari by police bullets was terribly sad, and that a full investigation would be conducted. He said that Ben Ari had attempted to wrestle down the terrorist. However, he added, citizens should in general not attempt to do such things. “We police are trained to deal with these situations. Let us do our jobs.”