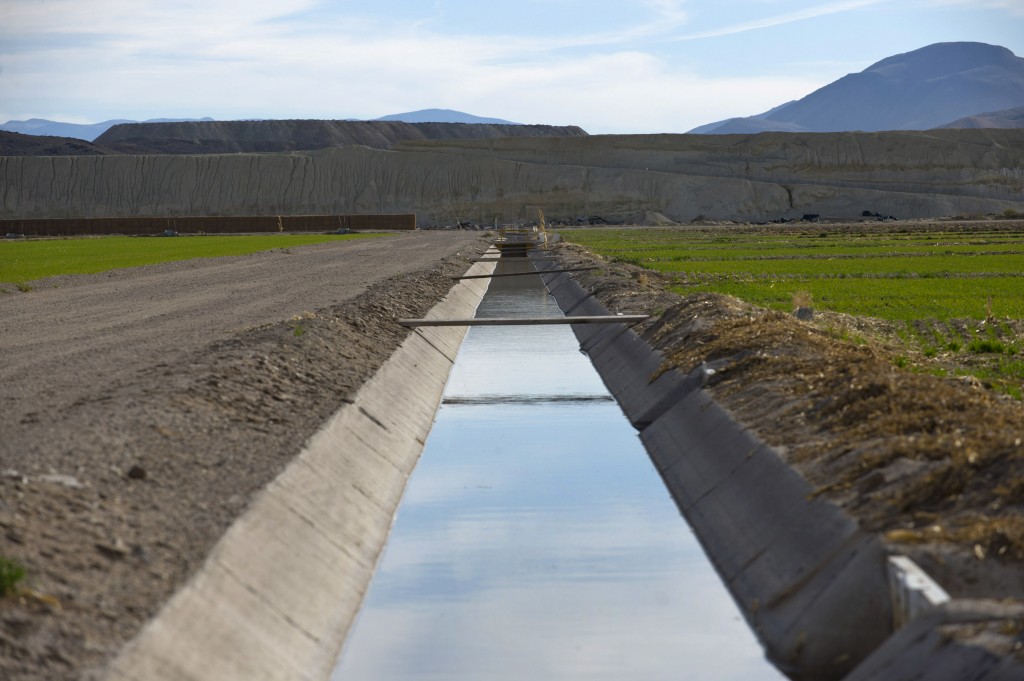 Fifteen years after U.S. regulators started assessing damage and health risks at an abandoned Nevada copper mine, the Environmental Protection Agency is moving to add the contaminated site to its Superfund National Priority List, according to documents obtained by The Associated Press.

Rural neighbors of the World War II-era mine that has leaked toxic chemicals for decades won a $19.5 million settlement in 2013 from companies they accused of covering up the contamination – some of it radioactive – near Yerington about 65 miles southeast of Reno.

The EPA sent a letter to Gov. Brian Sandoval this week announcing the agency’s intention to place the mine on the list of the nation’s most polluted sites to “mitigate exposures that are a substantial threat to the public health or welfare or the environment.”

Nevada has opposed past EPA proposals to list the site based on fears about the impact on property values, as well as any precedent that could be set by federal intervention in the mining-friendly state that is the world’s sixth-biggest producer of gold.

But earlier this year, the Nevada Division of Environmental Protection estimated it would cost $30.4 million to address only what EPA considers the most immediate health and safety concerns, and the state has been unsuccessful in obtaining financial assistance from those responsible for the damage.

Under the Superfund listing scenario, the EPA would cover 90 percent of the costs.

“Without an identifiable private source of funding, the only mechanism to make federal funding available is to add the site to the NPL,” said Jared Blumenfeld, the EPA’s regional administrator in San Francisco, using the acronym for the Superfund’s National Priority List.

“If we do not receive a written response from the state by Jan. 29, we will assume that Nevada is in agreement with EPA and will proceed with proposing the site for addition to the NPL,” he wrote in the Dec. 22 letter obtained by AP.

The class-action lawsuit filed in 2011 accused Atlantic Richfield Co. and its parent company, BP America Inc., of “intentionally and negligently” concealing the extent of uranium, arsenic and other pollutants leaking into their drinking water wells from the mine covering 6 square miles of land owned partly by the U.S. Bureau of Land Management.

Atlantic Richfield acquired the property in 1977 from Anaconda Copper, which built the mine in 1941.

Previous owners left behind 90 million gallons of acidic solution that continues to threaten the groundwater, Blumenfeld said. That’s equivalent to the amount of liquid it would take to cover about 80 football fields, 10 feet deep.

In 2008, a U.S. Labor Department review panel upheld a whistleblower claim by ex-mine cleanup supervisor Earle Dixon who said the Bureau of Land Management illegally fired him for speaking out about the risks in defiance of local politicians who tried to muzzle him.

Peggy Pauly, a Yerington minister’s wife, helped organize efforts to demand additional cleanup and filed the lawsuit joined by about 700 past and present neighbors.

“She’s the real hero in all of this,” said Steven German, a New York-based attorney who represented the residents.

“This is an important next step in getting this massive old mine cleaned up,” he told AP Wednesday. “It is going to cost a fortune.”

Anaconda produced 1.7 billion pounds of copper from 1952 to 1978 at the mine in the Mason Valley, an irrigated agricultural oasis in the otherwise largely barren high desert. The EPA determined the uranium was produced as a byproduct of processing the copper and that the radioactive waste was initially dumped into dirt-bottomed ponds that – unlike modern lined ponds – leaked into the groundwater.

EPA studies showed 79 percent of the wells tested north of mine had dangerous levels of uranium or arsenic or both that made the water unsafe to drink, including one a half-mile away with levels more than 10 times the legal drinking water standard.

At the mine itself, wells tested as high as 100 times the standard. Although the health effects of specific levels are not well understood, the EPA says long-term exposure to high levels of uranium in drinking water may cause cancer and damage kidneys.