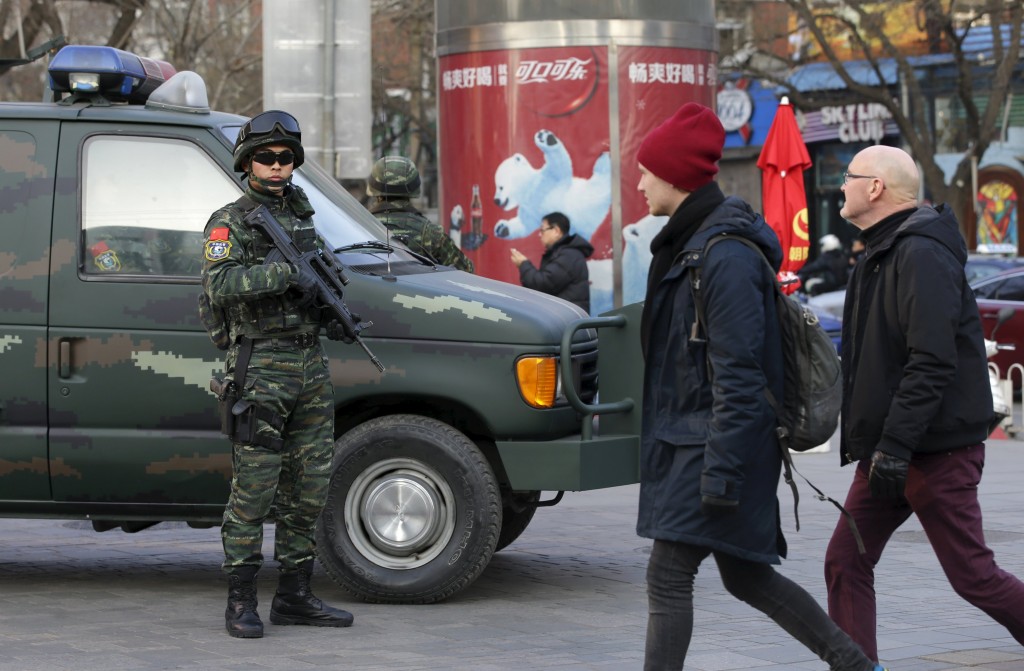 Security has been tightened around a Beijing shopping area popular with foreigners as embassies issued warnings that foreigners should be on guard for possible threats against them.

The American, British, French and other embassies said they had received information of possible threats against Westerners in the Sanlitun area on or around the end of this week. They urged their citizens to be vigilant.

Armed police were standing on guard in the area, which has many big name-brand stores and some embassies.