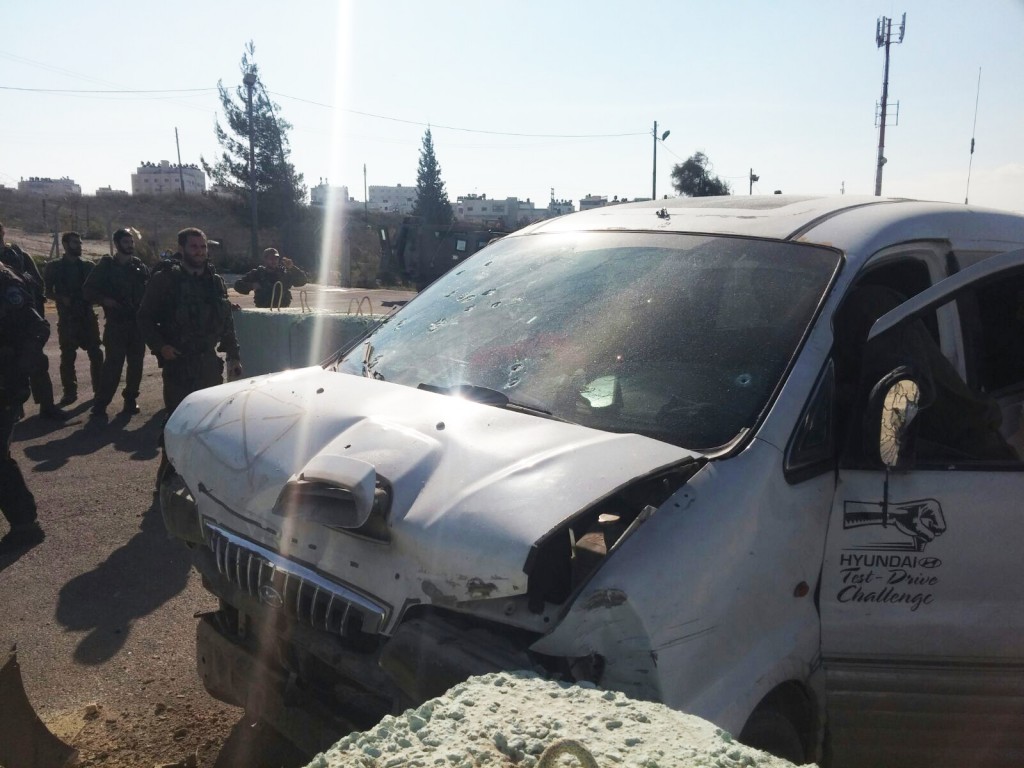 An Arab terrorist who tried to run down IDF soldiers at the Adam traffic circle, north of Yerushalayim, was shot dead by security forces. The driver attempted to plow into a group of soldiers, injuring one lightly. The soldier was treated at the scene and then taken to a Yerushalayim hospital for further treatment.

The Adam traffic circle is the main gateway between Yerushalayim and the Ramallah area. Always crowded, the circle is heavily patrolled, with Palestinian cars using it to travel to Ramallah from points north, and Jews using it to reach Yerushalayim from the towns in the Binyamin and Shomron regions.

It was the third terror attack of the day on Thursday. Earlier, two Israelis were injured when a terrorist stabbing took place in the Barkan industrial zone, near the central Shomron city of Ariel. The terrorist stabbed two Israeli security guards. Both were in moderate to serious condition. The terrorist was shot and neutralized, officials said. The Barkan industrial zone is a large area with factories and workshops in central Shomron, and more than half of the workers there are Palestinian residents of nearby villages. Police said that the terrorist was a resident of one of those villages, and that he had a valid work permit for the industrial zone.

Several minutes later, a female Arab terrorist tried to stab IDF soldiers at a highway junction outside Chevron. She was shot and killed. There were no injuries in that incident.