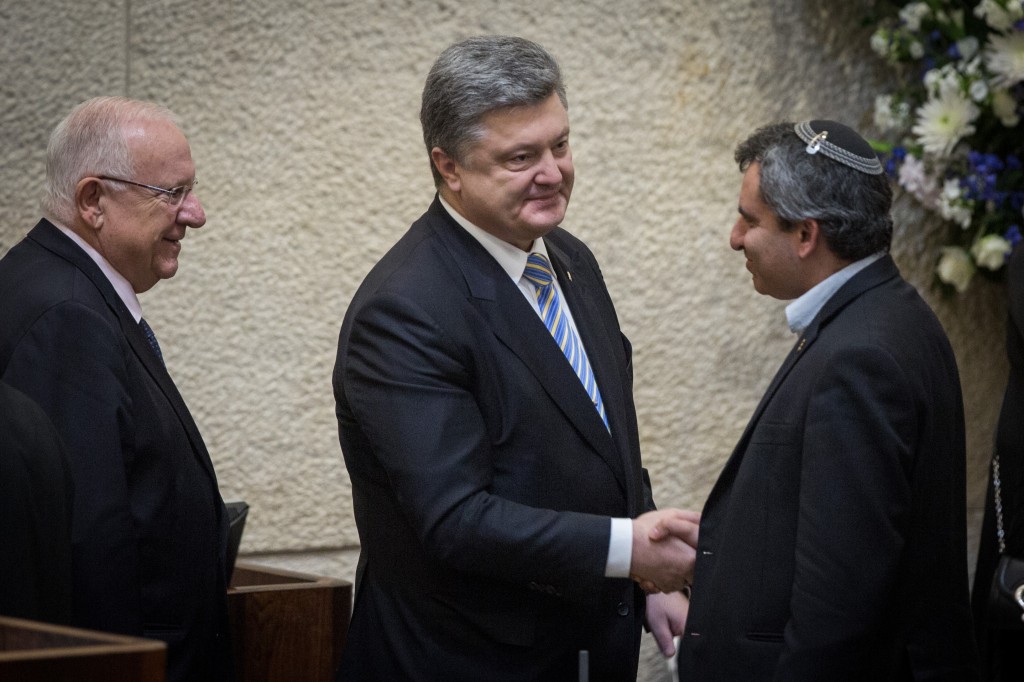 On the second day of a state visit to Israel, Ukranian President Petro Poroshenko told the Knesset on Wednesday that they should stand with his country in its conflict with Russia.

“When evil wins in one place, it will try to continue to another,” Poroshenko warned. “We need to act in cooperation and Israeli politicians should make their stance toward Ukraine very clear.”

Poroshenko noted that in the last 21 months, 9,000 Ukranians were victims of “Russian-funded terror” and that the 17,000 Jews in Crimea are at risk, as well.

“The occupiers have started encouraging anti-Semitism,” he charged.

Israel has so far been careful to stay on the sidelines in the Russia-Ukraine conflict.

Russian ambassador to Israel Alexander Shein acknowledged Israel’s neutrality to the Jerusalem Post last month, along with a not-so-veiled warning:

“Russia evaluates the Israeli approach on its merits, and we believe that Israel demonstrates a deep understanding of the issues, and I hope it reflects the fact that Israel cares for the future of its relations with Russia,” he said.

During his address to the Knesset on Wednesday, Poroshenko apologized for the Ukrainian role in the Holocaust.

“We must remember the negative events in history, in which collaborators helped the Nazis with the Final Solution. When Ukraine was established [in 1991], we asked for forgiveness, and I am doing it now, in the Knesset, before the children and grandchildren of the victims of the Holocaust…I am doing it before all citizens of Israel,” he said.

He called the massacre in Babi Yar, in which the Nazis murdered over 100,000 Jews, “a shared wound that has not yet healed.”

Poroshenko said he ordered an official memorial ceremony to take place next year on the 75th anniversary of the massacre. Prime Minister Binyamin Netanyahu said Israel would take part in it.