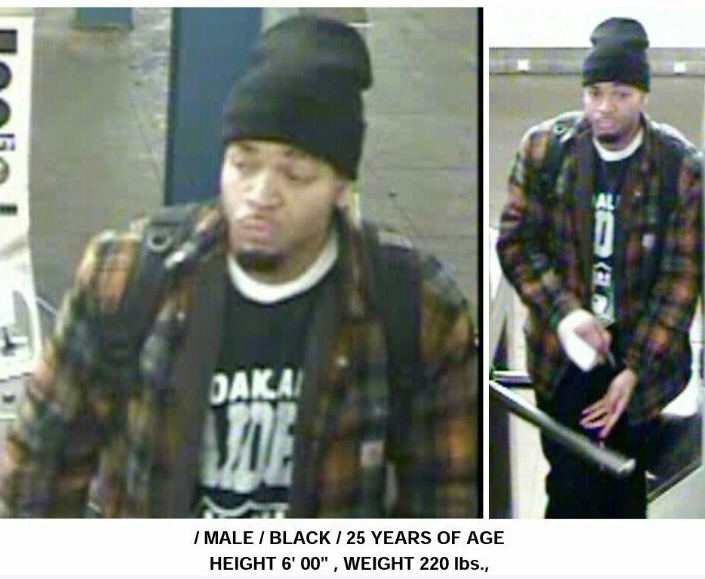 Authorities say a man getting on and off a subway train felt someone bumping him with a hard object several times — and it turns out, he was stabbed.

The 42-year-old was waiting at the 71/Continental Ave. station in Queens when he first felt someone push into him with a hard object. He told police it happened again as he was boarding and two more times as he got off the train a couple of stops later.

Police said he discovered when he got home that he had been stabbed four times. He was treated at a hospital and released.

No arrests have been made. The NYPD’s 112th Precinct released a photo of the suspect on its Twitter page.