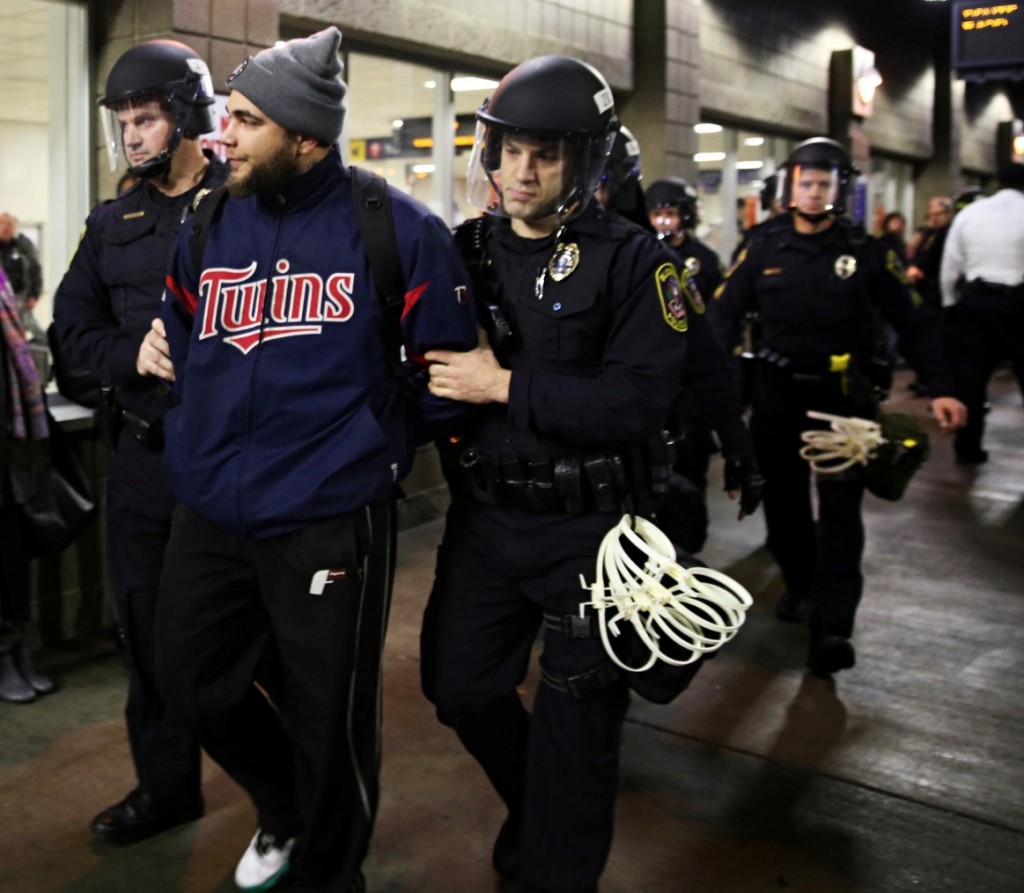 Protesters blocked roads and caused significant traffic delays around the Minneapolis-St. Paul International Airport on Wednesday after staging a rally that briefly shut down part of the nation’s largest mall.

Police said several people were arrested at the airport, where officials said access to one of two terminals was blocked, causing backups on nearby roads. Some protesters took a light-rail train to the airport from the Mall of America, where protesters started the Black Lives Matter rally to bring attention to a recent police shooting of a black man in Minneapolis.

Gov. Mark Dayton said the moving protest was creating a “very, very dangerous situation,” and he urged protesters to stop blocking access to part of the airport.

The governor questioned the need for such a demonstration, noting that federal and state investigations are ongoing into the death of Jamal Clark, who was shot by Minneapolis police responding to an assault complaint. Dayton said releasing video of officers’ altercation with Clark could jeopardize the investigations.