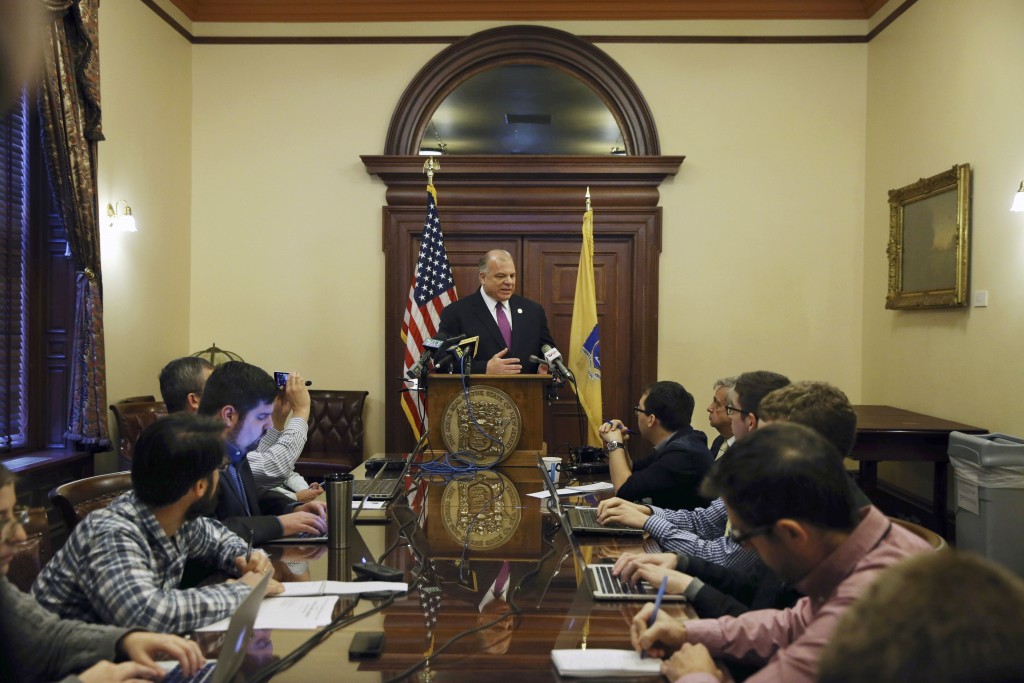 Senate President Steve Sweeney, one of the state’s most powerful Democrats and a possible contender to replace Gov. Chris Christie in 2017, is trying to mend fences with the unions he alienated by backing a pension reform deal four years ago.

He’s recently unveiled a raft of proposals — including higher education spending and cutting retirement income taxes, plus a separate measure to require the Treasury make quarterly pension payments — designed to grow state revenue so the state can make a bigger pension payment than Christie has proposed.

Sweeney insists a possible gubernatorial bid hasn’t played a role in his proposals — “This has nothing to do with running for governor or running for anything,” Sweeney said — but they come at a time the 2017 race for governor appears to be coming into focus.

Sweeney has also blamed the ongoing pension problems on economic policies implemented by Christie, who has said he could not have achieved the pension overhaul without Sweeney’s support.

The 2011 changes that included requiring pension beneficiaries to give up cost-of-living adjustments — a painful concession for unions — were supposed to be met with increased state funding. But when revenues fell below expectations, Christie paid less than the 2011 deal called for. In the current fiscal year, for example, the statute called for a nearly $3 billion payment; Christie budgeted $1.3 billion.

“It was (Christie’s) economic policies that have put this state in the position that is in right now,” Sweeney said.

Experts say it’s hard not to see 2017 politics playing a role in Sweeney’s latest moves because the gubernatorial contest is the next big election in state government.

“Remember (Sweeney) was a very strong ally of Gov. Christie for years,” said Montclair State University political science professor Brigid Harrison. “He and his staff need to recognize they need to distance himself from someone with whom he was wedded at the hips.”

Sweeney didn’t just support the pension overhaul, he was a key leader responsible for shepherding it to Christie’s desk. Since then, he’s bashed Christie for paying less into the fund and repeatedly passed measures that require the state to make the payment, which Christie has vetoed.

But unions, which spend millions of dollar on elections, have not forgotten Sweeney’s alliance with Christie.

Pat Colligan, the president of the New Jersey State Policemen’s Benevolent Association, said he has an open dialogue with Sweeney and he’s “a pleasure to work with.” But the 2011 law hurt PBA members more than any other bill in memory, Colligan said.

“It’s very difficult for us to ignore the fact that his name was on it,” he said.