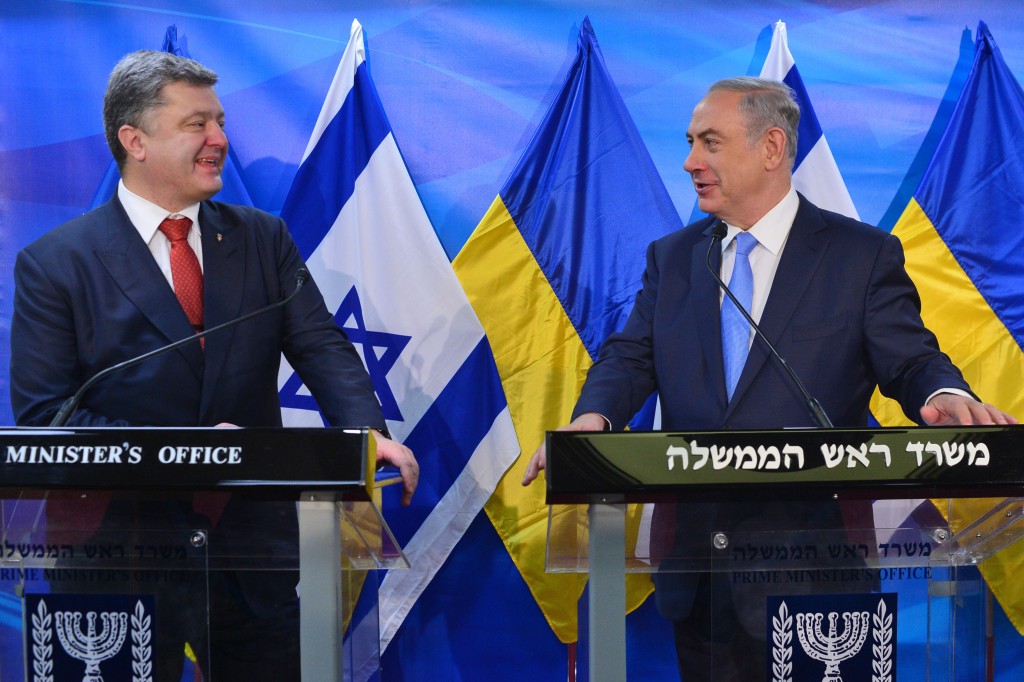 Petro Poroshenko, the President of Ukraine, was received in Yerushalayim with full honors on Tuesday, including a red carpet, a military honor guard and band.

No explicit mention was made of Ukraine’s conflict with Russia, though Poroshenko spoke of their shared struggle for independence, sovereignty, territorial integrity and democracy.

Netanyahu praised his guest for this country’s stance against racism and anti-Semitism, noting that it is of special concern to Israel, considering the large Jewish population currently residing in Ukraine. Mentioning the marking of the massacre of Jews at Babi Yar 75 years ago, Netanyahu said, “I think by learning the lessons of the past we can be more confident of a better future.”

During his two-day state visit to Israel, the Ukrainian leader met early Tuesday morning with President Reuven Rivlin, whom he invited to come to Ukraine early next year, telling him that he would be delighted to welcome him.
Rivlin said that Israel remembers the thousand-year history of Jewish life in Ukraine that was almost totally wiped out by the Nazis. He expressed appreciation for the fact that Ukraine had recently returned confiscated Torah scrolls and other holy items to the Jewish people.