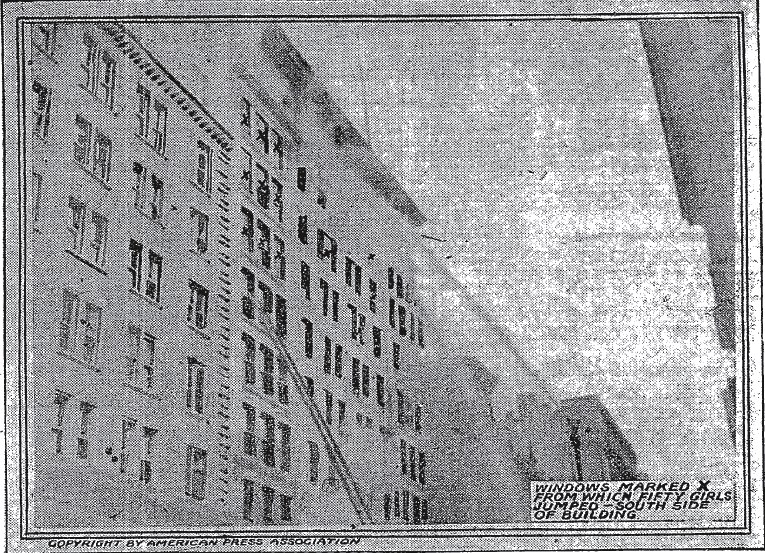 New York State will erect a $1.5 million memorial to the victims of the 1911 Triangle Shirtwaist factory fire, one of the worst industrial disasters in U.S. history which killed 146 people, mostly young Jewish and Italian women.

Gov. Andrew Cuomo said on Tuesday that the memorial will be made up of steel panels and will be put up along the outside of the Triangle factory building near Washington Square in Manhattan. The factory currently houses New York University’s biology and chemistry laboratories.

The fire broke out on March 25, 1911, a Shabbos morning. During those difficult years, when many Eastern European immigrant families were destitute, girls as young as 16 were forced to work on Shabbos to support their families.

Though the fire lasted only half an hour, it forever changed government’s role in protecting working men and women, Cuomo noted. The clothing manufacturing company was located in a building touted as fireproof. The conditions in the factory were known to be hazardous, and operators had been warned many times.

The reasons for the high death toll were several. Management refused to install sprinklers, the fire escape had collapsed, and the Fire Department’s tallest ladders reached only to the sixth floor while the women worked on the eighth, ninth and 10th floors.

Managers wanting to prevent work breaks usually locked the doors. On that fateful day, the only way out was by jumping out of the windows on the top three floors of a 10-story building. Some survived; most didn’t.

The memorial is being built by the Remember the Triangle Fire Coalition. It will feature steel panels that wrap around the building, at the corner of Greene Street and Washington Place. An upper panel will be engraved with the names of the victims facing down to the lower panel, which will reflect the names for people to read. The lower panel will also tell the story of the fire.

Along the corner of the building, a reflective steel beam will stretch from the level of the upper panel to the eighth floor, where the fire began.

The coalition decided on the design in 2013 and had already selected architects. But they were racking their brains how to fund the $1.5 million project. After hearing of it, Cuomo said he will secure the entire amount from economic development funds he controls.

Cuomo, who in recent months has made improvements in the workplace a central part of his administration, told The New York Times that the Triangle fire is pivotal in the history of labor and workplace reforms.

“When I was young, I would hear about the Triangle fire,” he said. “But, unfortunately, it has faded from memory. It’s one of the formative experiences in how we developed our reform movement. It’s a powerful lesson that young people should study today.”