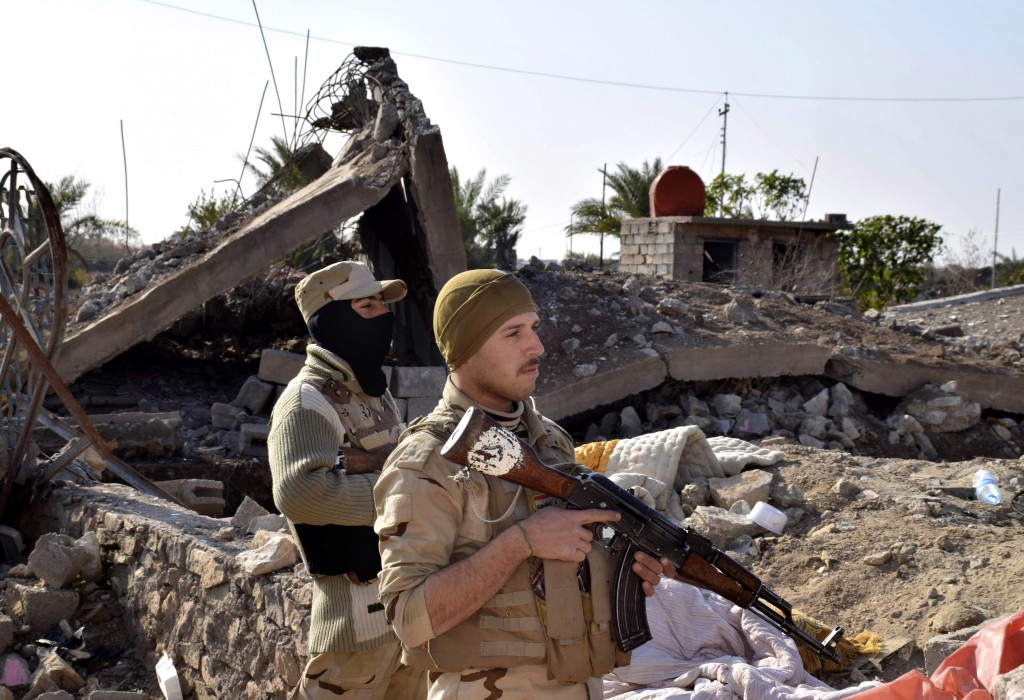 Iraq’s armed forces stormed the center of Ramadi on Tuesday morning to try to dislodge Islamic State terrorists who have held the western city since May, a spokesman for the counterterrorism units, Sabah al-Numani, said.

The operation to recapture Ramadi, 60 miles (100 km) west of Baghdad, began early last month after a months-long effort to cut off supply lines to the city, whose fall to Islamic State was a major defeat for Iraq’s weak central government.

“Our forces are advancing toward the government complex in the center of Ramadi,” Numani said. “The fighting is in the neighborhoods around the complex, with support from the air force.”

Iraqi intelligence estimates the number of Islamic State terrorists entrenched in the center of Ramadi, capital of Western Anbar province, at between 250 and 300.

The offensive to capture the city center started at dawn, said Numani. Military units crossed the Euphrates river into the central districts using a bridge that was destroyed by the terrorists and repaired by army engineers, he said.

“Crossing the river was the main difficulty,” he said. “We’re facing sniper fire and suicide bombers who are trying to slow our advance, we’re dealing with them with air force support.”

If the attack to capture Ramadi succeeds, it will be the second major city after Tikrit to be retaken from Islamic State in Iraq.