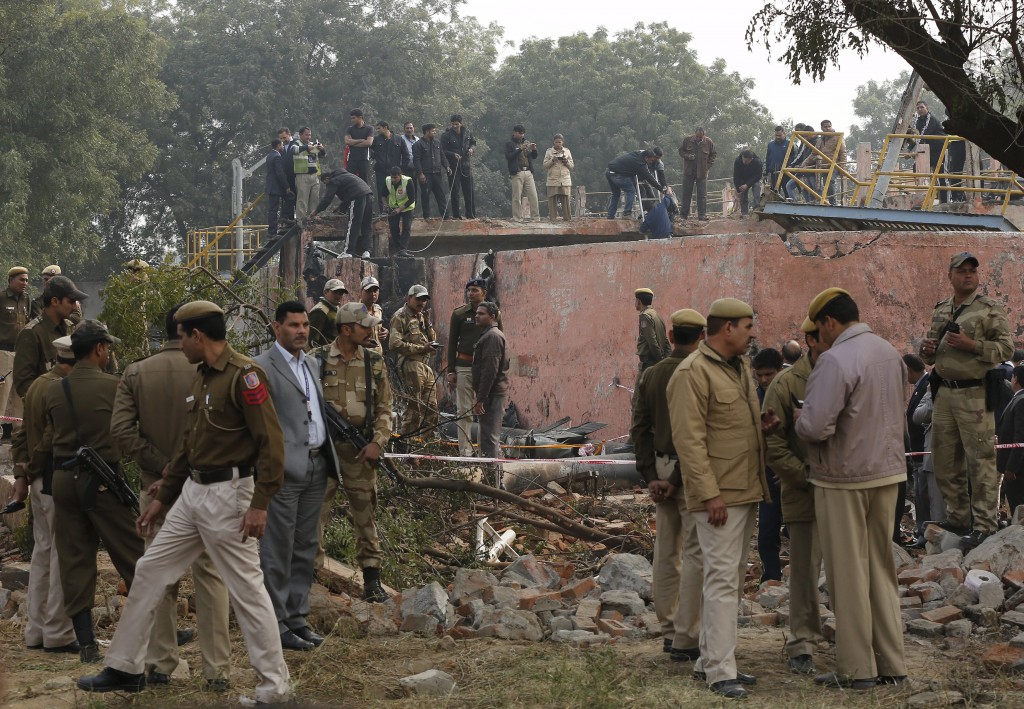 An aircraft crashed into a wall and burst into flames on the outskirts of the Indian capital, New Delhi, on Tuesday, killing all 10 people on board, officials said.

The Super King plane, chartered by the Border Security Force, was heading to the eastern city of Ranchi when it crashed shortly after taking off, a spokesman for the security force said. Most of those on board were technicians.

The cause of the crash was not known, the spokesman said.