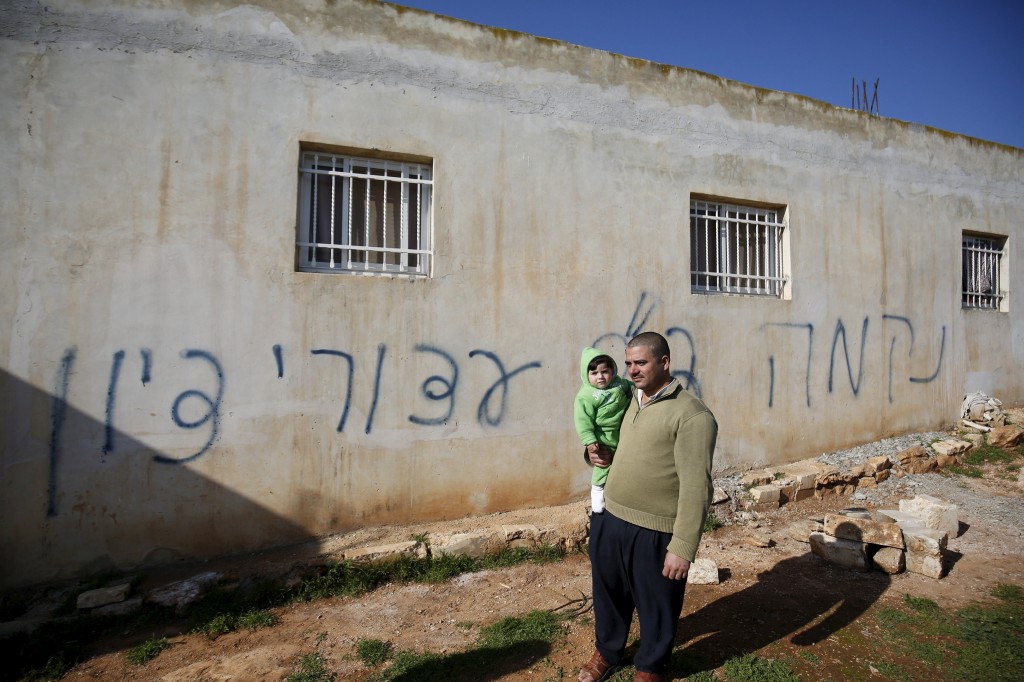 As part of an increased effort to protect Israelis in the Gush Etzion area, IDF soldiers of the Etzion Brigade arrested two wanted terrorists in the area of Halhoul, near Chevron. The two were taken in for questioning for involvement in firebomb and knifing attacks.

Soldiers arrested another 11 security suspects overnight Monday. Suspects were arrested in the Tul Karem, Jenin, Shechem, Beit Lechem, and Kalkilya areas. All were wanted on charges of rioting and throwing rocks and firebombs at IDF soldiers and Israeli civilians.

Early Tuesday, police said that a Palestinian house in the village of Bitilu had been attacked by unknown individuals. Tear gas grenades were thrown early Tuesday into the window of a house, where a family with an infant reside. Security forces that arrived at the scene discovered Hebrew graffiti calling for “vengeance for the prisoners of Zion,” an apparent reference to the ongoing imprisonment of several suspects being held for questioning in the firebomb attack in the Arab village of Duma near Yerushalayim last month.

Police said they were proceeding on the theory that the attack was a hate crime, although a police official said that no conclusion could be drawn until the investigation was complete.

Police are said to have several suspects in custody in the case, and they have been subject to what family and friends say is “very tough questioning” for over a week. Shin Bet officials said this week that they had made “substantial progress” in solving the case, but no charges have been filed against anyone yet.

Hundreds of right-wing protesters demonstrated in Yerushalayim in support of the detainees.

A court official said security had been stepped up outside the home of a judge presiding over the case, and postings on social media accused him of failing to stop the Shin Bet mistreating the suspects.

Prime Minister Binyamin Netanyahu defended the agency, saying its actions were lawful. “Regrettably, from time to time there is terrorist activity by Jews and the Shin Bet deals with that,” Netanyahu told reporters in Yerushalayim.