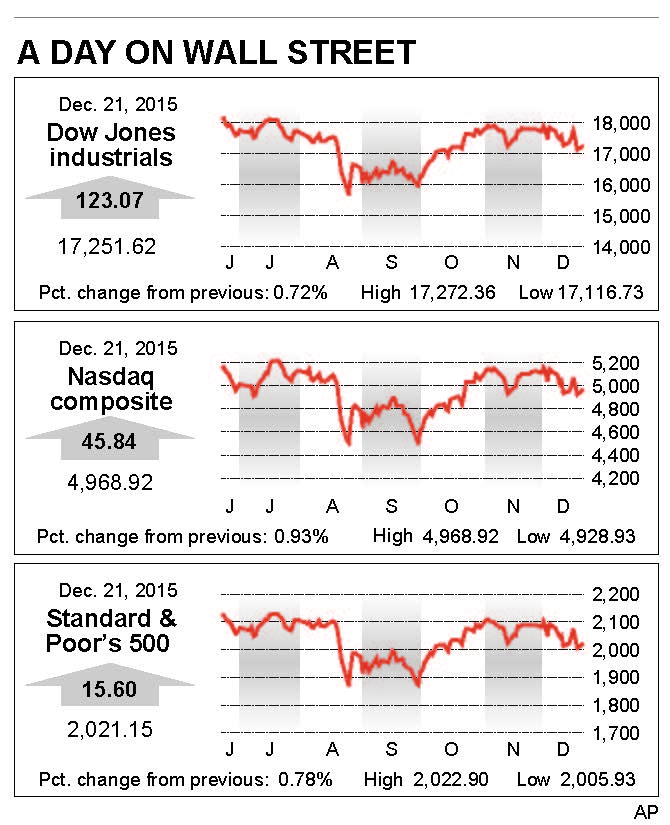 Stocks posted moderate gains in a quiet trading day Monday, recovering part of their losses sustained late last week. Energy stocks continued to be a drag on the market, as the price of oil fell once again.

Investors are still working through the market impact of the Federal Reserve’s decision last week to raise interest rates for the first time in nearly a decade. Markets rose in response to the Fed finally ending the uncertainty around its decision last Wednesday, but then fell sharply later in the week when traders sold shares to book profits. The Dow dropped 2.1 percent Friday.

Monday’s buying was partly a recovery from last week’s drop, a common response to a sharp sell-off.

Trading volume tends to decrease on Wall Street during the last two weeks of the year, as many investors begin to close their books and go away. Markets are closed for vacation the next two Fridays, and trading closes early on Thursday. There is also little in the way of market-moving economic data or company news expected.

“Today’s calendar is relatively light, and with liquidity getting thinner over the course of the week, the potential for exaggerated moves is very real,” said Chris Beauchamp, senior market analyst at IG. “The default direction is still likely to be up, given past performance.”