Regional Those Are Some Pipes: Immense Organ’s Restoration Underway
Regional 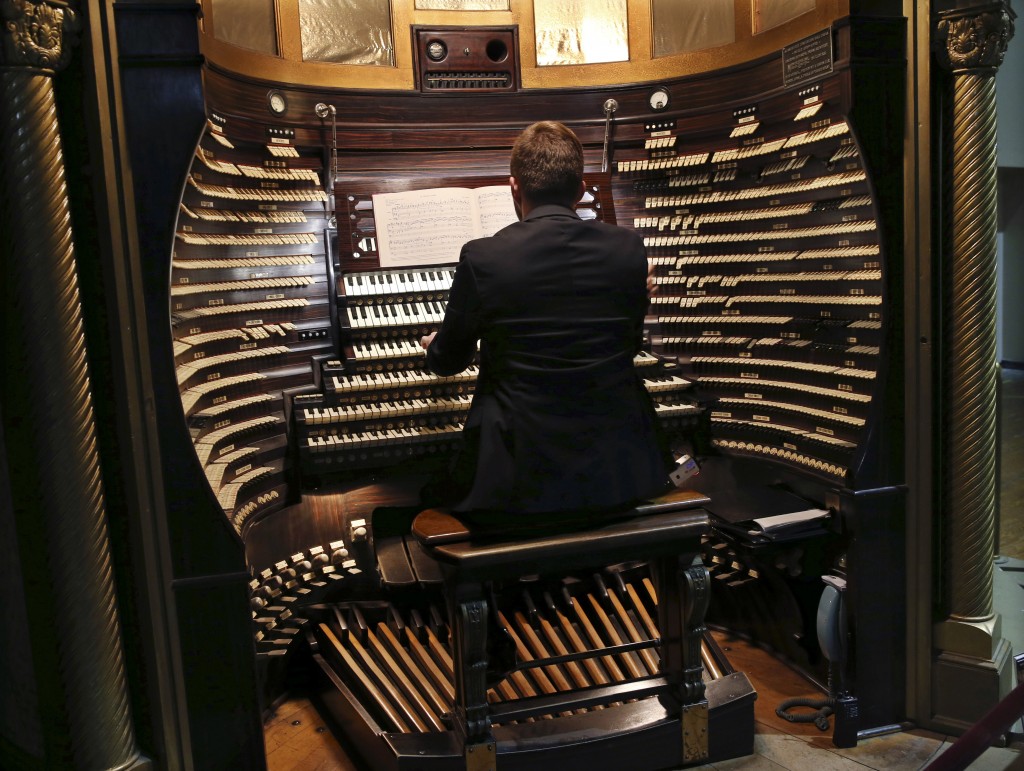 It’s described as the largest musical instrument in the world, yet an audience can barely see it.

The historic organ at Boardwalk Hall in Atlantic City boasts more than 33,000 pipes, all concealed behind the walls of a cavernous auditorium. But the sound is robust — even while operating at only 25 percent of its capacity.

“I tell people it’s sort of like a race car running on two cylinders right now,” said staff organist Steven Ball. “It’s also terrifying how powerful it is — even just a quarter of it. So I can’t imagine what half of it is going to do.”

He hopes to find out soon. The nonprofit Historic Organ Restoration Committee, which has been refurbishing the hidden gem, plans to have it functioning at 50 percent by the summer, when hundreds of organ aficionados expect to visit.

The 150-ton instrument, built by the Midmer-Losh Co., hasn’t been fully operational since 1944, when the Great Atlantic Hurricane swept through the seaside resort, causing flooding that ruined mechanical equipment.

But for 12 years before the storm, the organ’s unequaled power and tonal range represented the pinnacle of the art form, Ball said. Unfortunately, no recordings exist from that time — only written accounts that he said describe “the most impressive sound on Earth.”

When fully functional, he said, the organ will be “truly capable of changing the public’s perception of what the art means.”