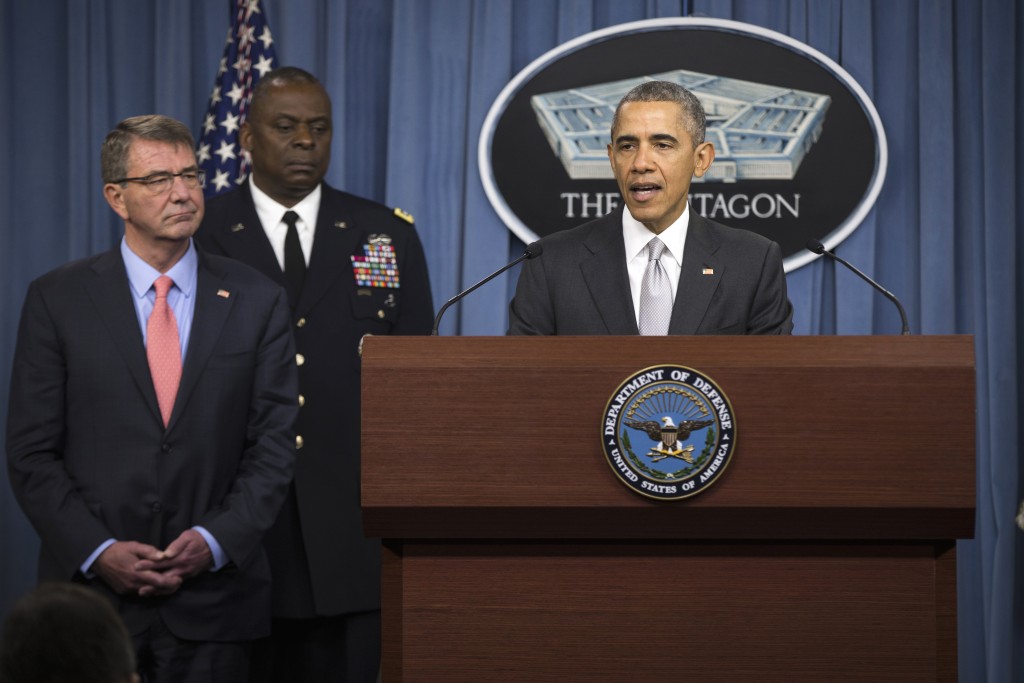 President Barack Obama said his administration is open to some “legitimate criticism” for failing to adequately explain its strategy to counter Islamic State, though he chided Republican presidential candidates for criticizing his policy without offering an alternative.

In a Dec. 17 interview set to air on NPR public radio at 5 a.m. ET on Monday, Obama attributed his low approval ratings for how he has handled terrorism to the saturation of Islamic State terror attacks in the media after the Nov. 13 attacks in Paris that killed 130 people.

Obama noted that the United States has carried out 9,000 strikes against the Islamic State and taken back towns including Sinjar, Iraq, from the terrorist group.

“When you ask them, ‘Well, what would you do instead?’ they don’t have an answer,” Obama said of Republican candidates he has observed in recent debates.

The interview is one of many recent attempts by the president to ease Americans’ fears following the Paris attacks and the shootings by a radicalized Muslim couple in San Bernardino, California, on Dec. 2 that killed 14 people.

A national survey by the Pew Research Center found 37% of respondents approve of the way Obama is handling terrorism, while 57% disapprove, the lowest rating he has received on the issue.

In his year-end news conference before leaving for a two-week vacation in Hawaii, Obama urged Americans to stay vigilant against homegrown threats while not allowing themselves to become terrorized or divided.

“Now on our side, I think that there is a legitimate criticism of what I’ve been doing and our administration has been doing in the sense that we haven’t … on a regular basis … described all the work that we’ve been doing for more than a year now to defeat ISIL,” he said, using an acronym used to describe Islamic State.

Asked if he would consider instating a no-fly zone in Syria, as Democratic presidential candidate Hillary Clinton has suggested, Obama said such a move would not serve to counter Islamic State since the terrorist group does not have an air force.

Obama also used the interview to criticize Republican frontrunner Donald Trump for exploiting the fear of blue-collar men who have had trouble adjusting to recent economic and demographic changes.

“Some of it justified but just misdirected. I think somebody like Mr. Trump is taking advantage of that. That’s what he’s exploiting during the course of his campaign,” Obama said.