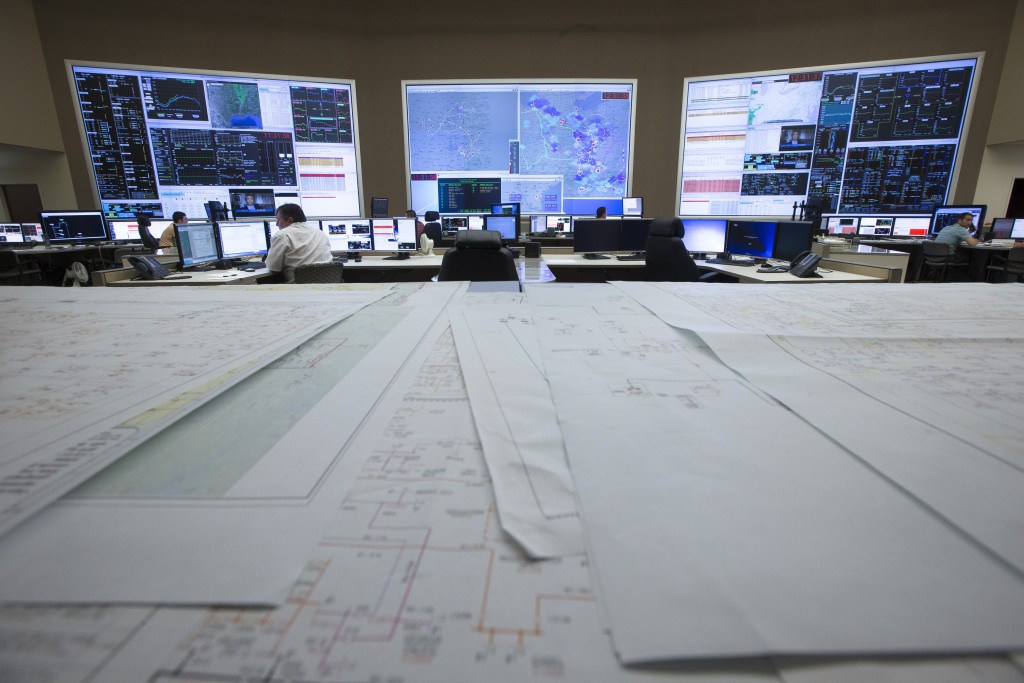 Security researcher Brian Wallace was on the trail of hackers who had snatched a California university’s housing files when he stumbled into a larger nightmare: Cyberattackers had opened a pathway into the networks running the United States power grid.

Digital clues pointed to Iranian hackers. And Wallace found that they had already taken passwords, as well as engineering drawings of dozens of power plants, at least one with the title “Mission Critical.” The drawings were so detailed that experts say skilled attackers could have used them, along with other tools and malicious code, to knock out electricity flowing to millions of homes.

Wallace was astonished. But this breach, The Associated Press has found, was not unique.

About a dozen times in the last decade, sophisticated foreign hackers have gained enough remote access to control the operations networks that keep the lights on, according to top experts who spoke only on condition of anonymity due to the sensitive nature of the subject matter.

The public almost never learns the details about these types of attacks – they’re rarer but also more intricate and potentially dangerous than data theft. Information about the government’s response to these hacks is often protected and sometimes classified; many are never even reported to the government.

These intrusions have not caused the kind of cascading blackouts that are feared by the intelligence community. But so many attackers have stowed away in the largely investor-owned systems that run the U.S. electric grid that experts say they likely have the capability to strike at will.

And that’s what worries Wallace and other cybersecurity experts most.

“If the geopolitical situation changes and Iran wants to target these facilities, if they have this kind of information it will make it a lot easier,” said Robert M. Lee, a former U.S. Air Force cyberwarfare operations officer. “It will also help them stay quiet and stealthy inside.”

In 2012 and 2013, in well-publicized attacks, Russian hackers successfully sent and received encrypted commands to U.S. public utilities and power generators; some private firms concluded this was an effort to position interlopers to act in the event of a political crisis. And the Department of Homeland Security announced about a year ago that a separate hacking campaign, believed by some private firms to have Russian origins, had injected software with malware that allowed the attackers to spy on U.S. energy companies.

The hackers have gained access to an aging, outdated power system. Many of the substations and equipment that move power across the U.S. are decrepit and were never built with network security in mind; hooking the plants up to the internet over the last decade has given hackers new backdoors in. Distant wind farms, home solar panels, smart meters and other networked devices must be remotely monitored and controlled, which opens up the broader system to fresh points of attack.

Hundreds of contractors sell software and equipment to energy companies, and attackers have successfully used those outside companies as a way to get inside networks tied to the grid.

Attributing attacks is notoriously tricky. Neither U.S. officials nor cybersecurity experts would or could say if the Islamic Republic of Iran was involved in the attack Wallace discovered involving Calpine Corp., a power producer with 82 plants operating in 18 states and Canada.

Private firms have alleged other recent hacks of networks and machinery tied to the U.S. power grid were carried out by teams from within Russia and China, some with governmental support.

Homeland Security spokesman S.Y. Lee said that his agency is coordinating efforts to strengthen grid cybersecurity nationwide and to raise awareness about evolving threats to the electric sector through industry trainings and risk assessments. As Deputy Secretary Alejandro Mayorkas acknowledged in an interview, however, “we are not where we need to be” on cybersecurity.

That’s partly because the grid is largely privately owned and has entire sections that fall outside federal regulation, which experts argue leaves the industry poorly defended against a growing universe of hackers seeking to access its networks.

As Deputy Energy Secretary Elizabeth Sherwood Randall said in a speech earlier this year, “If we don’t protect the energy sector, we are putting every other sector of the economy in peril.”