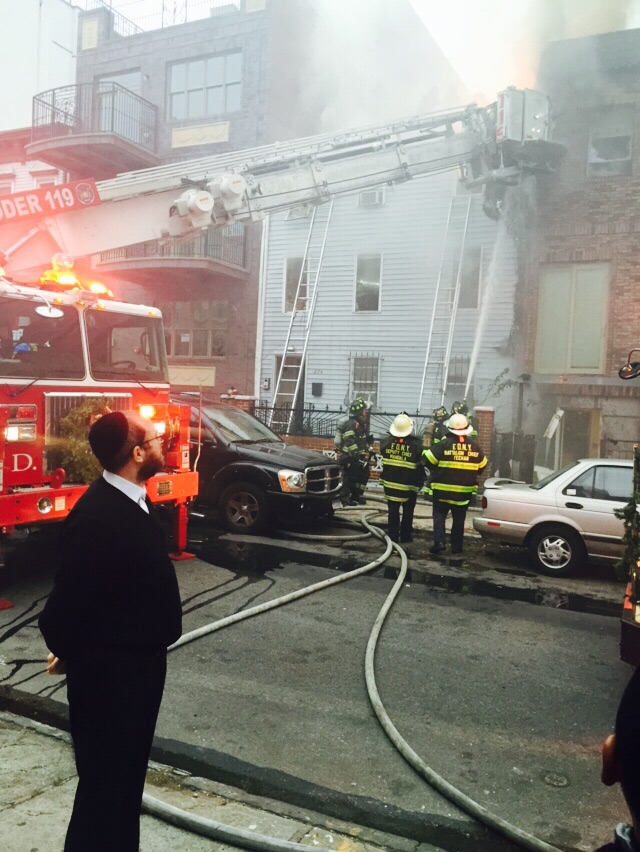 FDNY firefighters responded Sunday afternoon to a fire on Skillman Street between DeKalb and Lafayette Avenues in Williamsburg.

The fire occurred in a light blue frame house at 274 Skillman Street, and in a brick house next door that was undergoing construction.

Firefighters were able to extinguish the fire and nobody was injured.