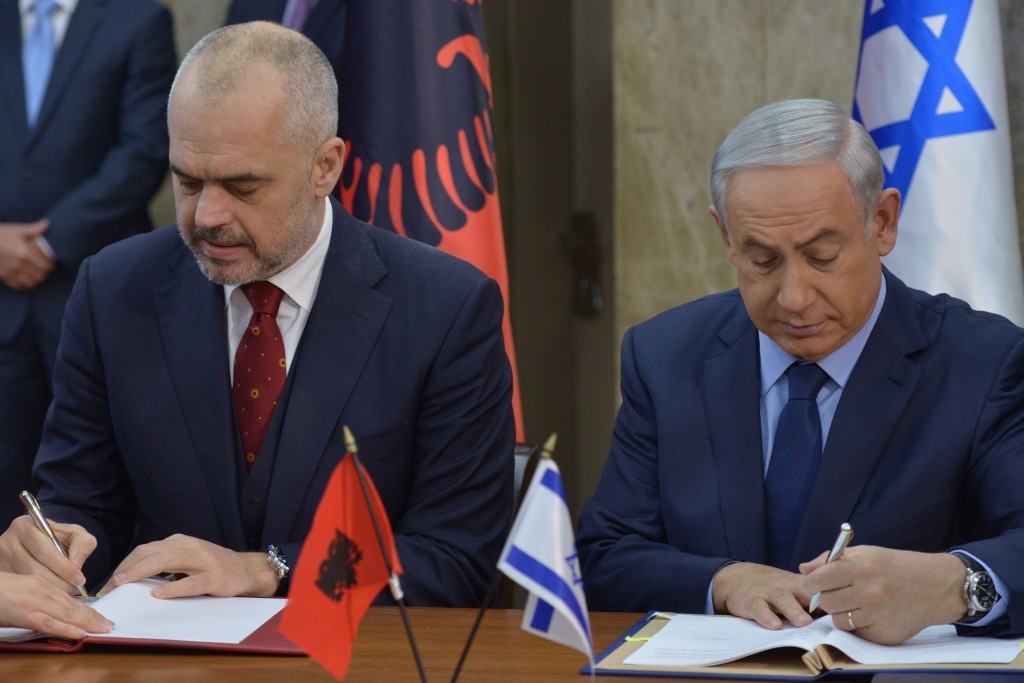 Prime Minister Benjamin Netanyahu greeted the Albanian Prime Minister Edi Rama on Monday morning upon his arrival for a two-day visit to Israel.

The leaders signed on a friendship agreement and a mutual cooperation agreement between Israel and Albania.

Netanyahu noted that while the signing of the agreements marked 25 years of diplomatic ties between the two countries, the friendship between Albania and the Jewish people goes back much farther. During the Holocaust, Albania stood by the Jews and refused to turn them over to the Nazis, said Netanyahu.

“We never forget our friends,” Netanyahu said, noting that Albania was the only country to have more Jews after World War II than before.

Yad Vashem has so far recognized 73 Albanian Muslims as Righteous Among the Nations.