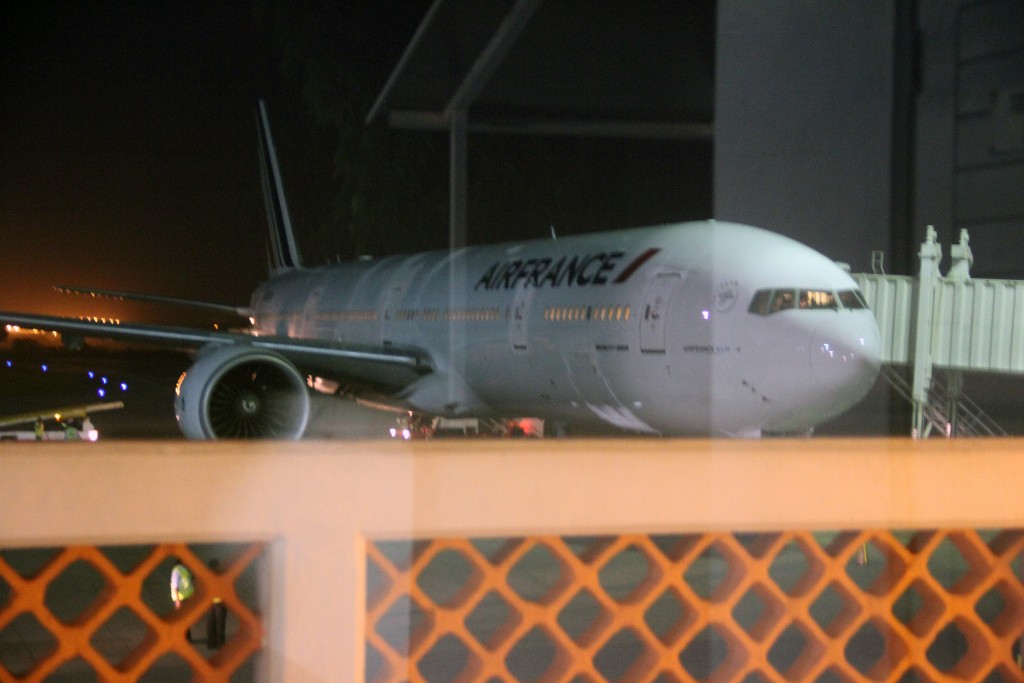 A retired French police officer traveling on Air France was detained after a fake bomb, hidden in a lavatory, forced his Paris-bound flight to make an emergency landing in Kenya, according to prosecutors.

The hoax – the fourth against Air France in recent weeks – comes amidst heightened concerns about extremist violence in many countries, and aggravated passenger jitters around the holidays.

The man in custody is a former police officer. He was detained upon arrival at Charles de Gaulle Airport on Monday, according to an official in the prosecutor’s office in the Paris suburb of Bobigny. The official, who is not authorized to be publicly identified speaking about an ongoing investigation, did not release the suspect’s name or information about what he is suspected to have done.

It’s not clear whether the suspect had also been questioned in Kenya. A Kenyan police official said six passengers were questioned Sunday, including the person who informed the crew about the device.

The arrest is part of an investigation prompted by a lawsuit filed by Air France on Monday for reckless endangerment. The lawsuit does not name a perpetrator, but leaves it to investigators to determine who might eventually be sent to trial.

France has been on high alert for terrorist activity and in a state of emergency since Islamic terrorist attacks Nov. 13 in Paris killed 130 people. The Islamic State group claimed responsibility for those attacks and for downing a plane carrying Russian tourists out of Egypt in October.

On Sunday, the Air France flight made an emergency landing in Mombasa, Kenya, after the discovery of the fake explosive rigged with cardboard, sheets of paper and a household timer. All 459 passengers and 14 crew members on the flight, from the Indian Ocean island of Mauritius to Paris, were safely evacuated.

Overwhelmed with relief, passengers arrived safely in Paris on Monday, some crying as they embraced loved ones.

“We thought we were going to die. Because of the speed of the airplane going down, we thought we would crash in the sea,” said passenger Marine Gorlier of the French town of Melun after landing at Paris’ Charles de Gaulle Airport. She described a telephone “that did not stop ringing.”

“I really admired the crew, because they thought it was a real bomb and they remained very serene,” said Antoine Dupont of the northern city of Lille. “One of my grandchildren said: ‘The slide was super!'”