Israel Histadrut Calls for Strike Wednesday; Airport, Schools to Be Shut Down
Israel 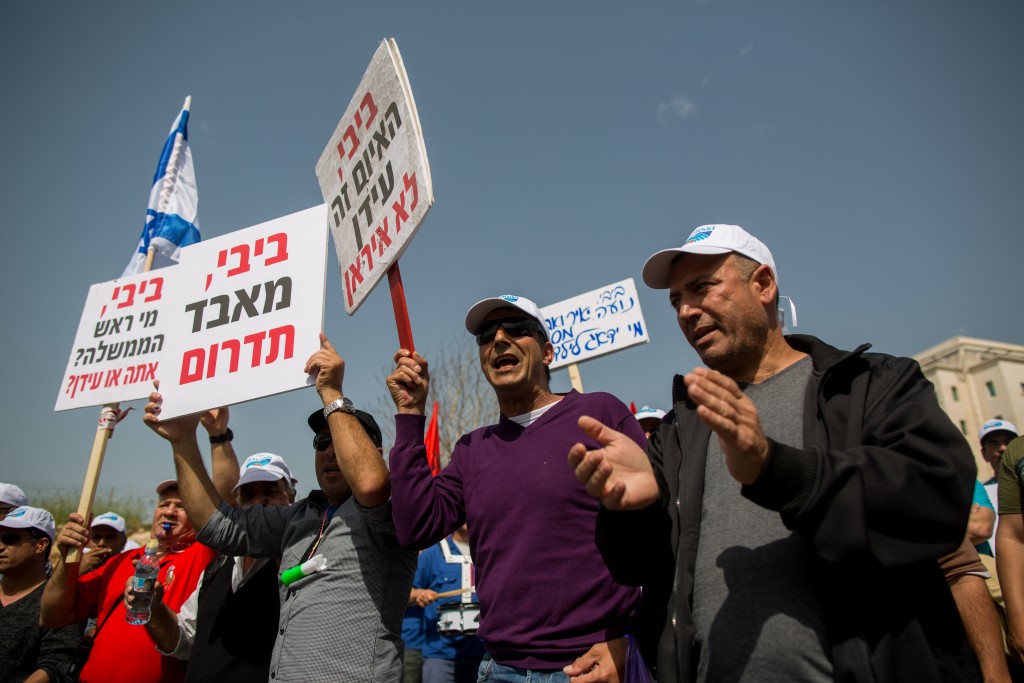 Travelers planning to enter or leave Israel in the coming days would be well-advised to move up their plans by a few days – before Wednesday, when a massive strike is set for Israel’s state workers and public sector employees. Histadrut head Avi Nissenkorn said at a mass rally in Yerushalayim Monday afternoon that the union had no choice but to strike if it wanted to defend workers’ rights.

“The Histadrut will not allow the continued trampling of workers’ rights,” he said. “The government is trying to pit workers against each other. We will not allow this. This strike is not an end unto itself, but the only way we can get attention for the plight of workers who cannot make ends meet. The state must take care of the weak and the middle class.”

The planned strike will paralyze the economy. Among those who would walk off the job are teachers, government clerks, workers at Ben Gurion Airport, municipal employees, trash collectors, nurses, and many others.

Among the reasons for the strike, said Nissenkorn, was the low level of wages among Israeli workers as a whole. “There are a million public sector workers and three million private sector workers in Israel,” Nissenkorn said at a press conference last week. “A quarter of them earn the minimum wage, and half of them are so underpaid that they do not qualify to pay taxes. This is not a strike for striking’s sake, but a social effort to raise the standard of living for Israeli workers. We have a responsibility to make sure that all workers are taken care of.”

Nissenkorn said that the organization has been trying to get the attention of the government for the past year and a half, but to no avail. “They have ignored all our issues, whether it is a raise in the minimum wage, ending the phenomenon of contract workers who are denied their rightful pension and social benefits, the pension crisis in which many workers are unlikely to get any money when they retire, and so on. We have to solve these problems for once and for all, and if we cannot do it by negotiations, we have no choice but to strike.”

In response, Finance Minister Moshe Kachlon said that the government had agreed to raise the salaries of workers whose salaries were below the average salaries in the Israeli economy, but Nissenkorn has rejected this, demanding the full salary increase for all workers – as well as full-time jobs with benefits for all workers employed under contract or via employment agencies, who are not eligible for the benefits that come with a government job. The government proposal would affect some 40% of government workers who earn less than the national average of NIS 9,611 per month.

Speaking Sunday night, a senior Treasury official said that, “as far as we are concerned the Histadrut can call a strike. We do not intend to break the budget and go beyond differential pay raises for workers earning under the average state salary. It’s the best we can do and for now it will have to be good enough.”