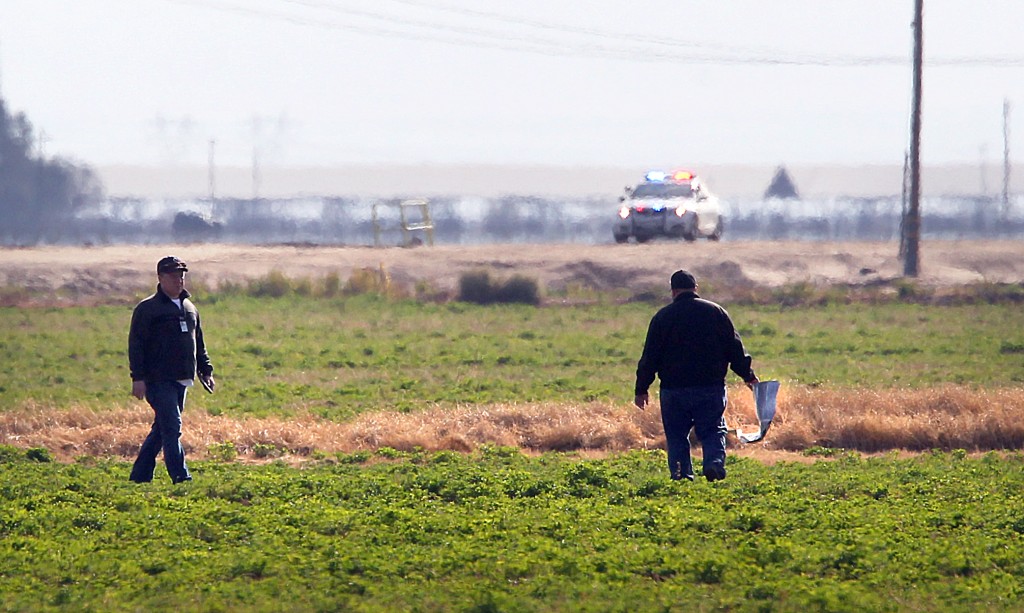 Rescuers pulled five bodies from the wreckage of a small plane that crashed into an orchard in central California after vanishing from radar, local and federal authorities said Sunday.

The Federal Aviation Administration (FAA) was looking for what caused the crash that killed five people, Kern County Sheriff’s officer Sgt. Mark King said. He expected the names of the victims to be released Monday.

The plane sent a mayday call. Searchers spotted the wreckage southwest of Bakersfield about three hours after receiving an alert from the FAA about a missing plane that was last detected an estimated 10 miles south of the city, the Kern County Sheriff’s Office said.

A meteorologist with the National Weather Service in Hanford said it was rainy and cloudy in the area south of Bakersfield around the time the plane dropped off radar.

A National Transportation Safety Board investigator also was on site Sunday, Gregor said.

The crash was only about 30 miles from the site of a medical helicopter crash that killed four people in heavy rain and fog 10 days earlier.