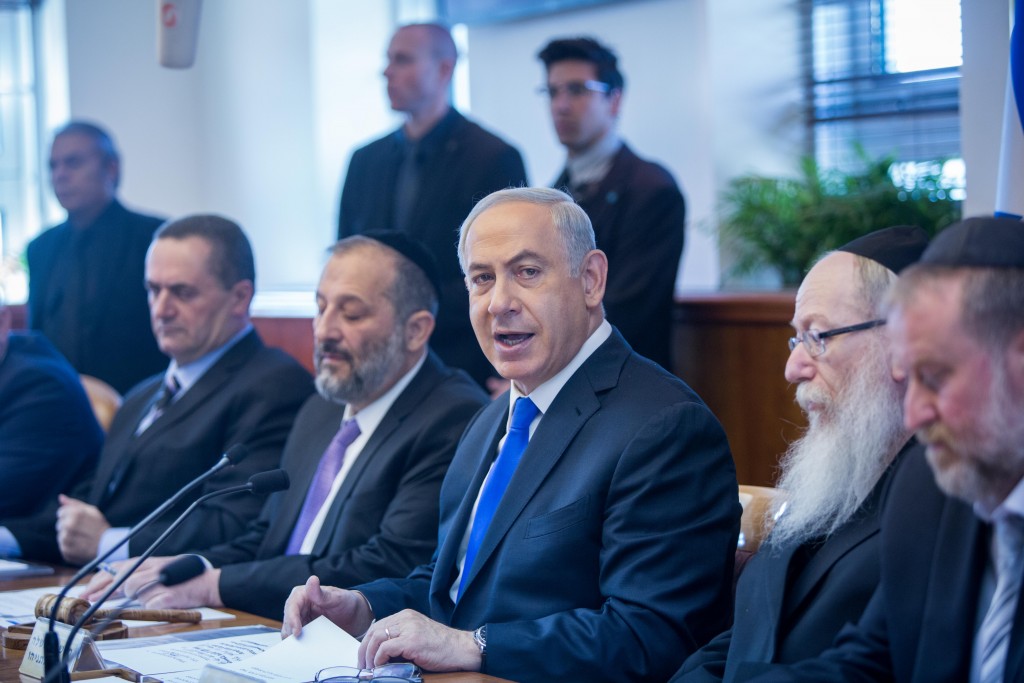 Negev and Galilee Affairs Minister Rabbi Aryeh Deri on Sunday proposed a plan to substantially increase the number of chareidim in public service. Speaking at the weekly cabinet meeting Sunday, Rabbi Deri said that the plan would correct long-standing discrimination against one of the most under-represented population groups in public service in Israel.

“This is the first time a plan to open the door for chareidim to serve in public sector jobs is being offered,” said Deri. “There are almost no chareidim in public service. But we intend to correct that today with a dose of affirmative action. For decades I have been hearing complaints from qualified chareidi candidates that they are passed over for public service jobs, with various excuses rendered.”

Rabbi Deri’s plan calls for dozens of chareidi workers to be added to the public sector over the next four years, so that by 2020 there will be as many as 1,000 working at all levels of the civil service in a wide variety of agencies. Qualified candidates will be taught the ins and outs of government service in special courses that will prepare them for civil services tests, and dozens of slots will be reserved for chareidi graduates, just as they are reserved for members of other population groups.

“This program broadcasts a clear message,” Rabbi Deri said Sunday. “We want to involve more chareidim in the state civil service, and there is also a message here to the private sector: Hire more chareidim, and I have no doubt that you will thrive, as will the chareidi community, and the state as a whole.”

Also on Sunday, Health Minister Rabbi Yaakov Litzman announced that more young Israelis would be eligible for free dental care. Until now, Israel’s national health insurance provided free basic and preventative dental care for all individuals up to 12 years of age; as of January 1, 2016 that applies to children up to age 14.

The change had actually been set to go into effect earlier this year, but was held up by former Health Minister Yael German, a member of Yesh Atid. Free dental care was first instituted in 2010, after a great deal of effort by Rabbi Litzman, who was health minister then as well. According to the bill, the age at which children are eligible for free dental care is supposed to be adjusted biennially, starting at age 8 in 2010 and reaching age 18 by 2020.