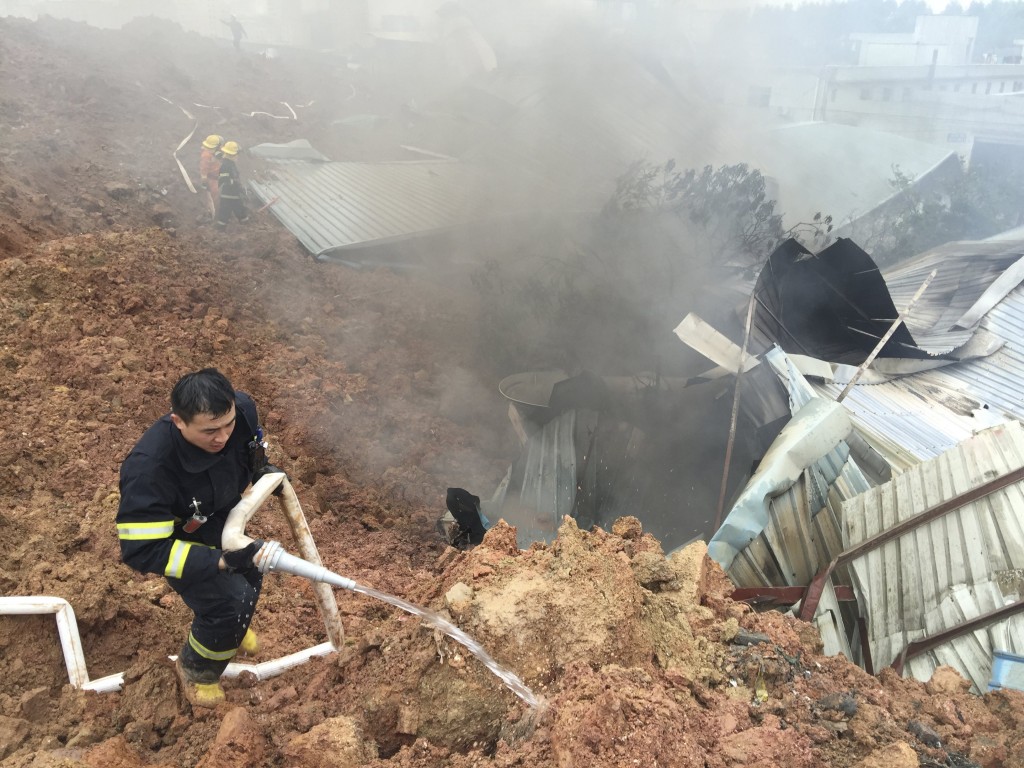 A landslide collapsed and buried buildings at and around an industrial park in the southern Chinese city of Shenzhen on Sunday, with the number of casualties unknown, authorities reported.

Seven people have been rescued after 18 buildings were buried and an area of 24,000 square yards (20,000 square meters) was covered with soil, the Public Security Bureau’s firefighting bureau said in an online statement.

Shenzhen’s fire brigade said it had located another eight trapped people and was in the process of rescuing them. It said in an online statement that one building had collapsed, but that the landslide had affected a large area in the northwestern outskirts of the city.

State broadcaster CCTV said there was a residential area next to the industrial zone. It said the buildings buried included two workers’ dormitories.

Ren Jiguang, the deputy chief of Shenzhen’s public security bureau, told CCTV that most people had been moved to safety before the landslide hit. He said more than 600 rescuers were on the scene.

The Beijing Youth Daily, citing a local resident, reported that the soil that had slid down onto the area had been dug up in the past two years in construction work and piled up against a 110-yard (100-meter) high hill.

A woman who answered the phone at the fire brigade in Guangming New District confirmed the noon incident, but said she had no other information.

State media carried photos of what looked like at least one five-story building leaning over and partly crumpled in the industrial park, and a sea of brown soil covering a vast area around it.