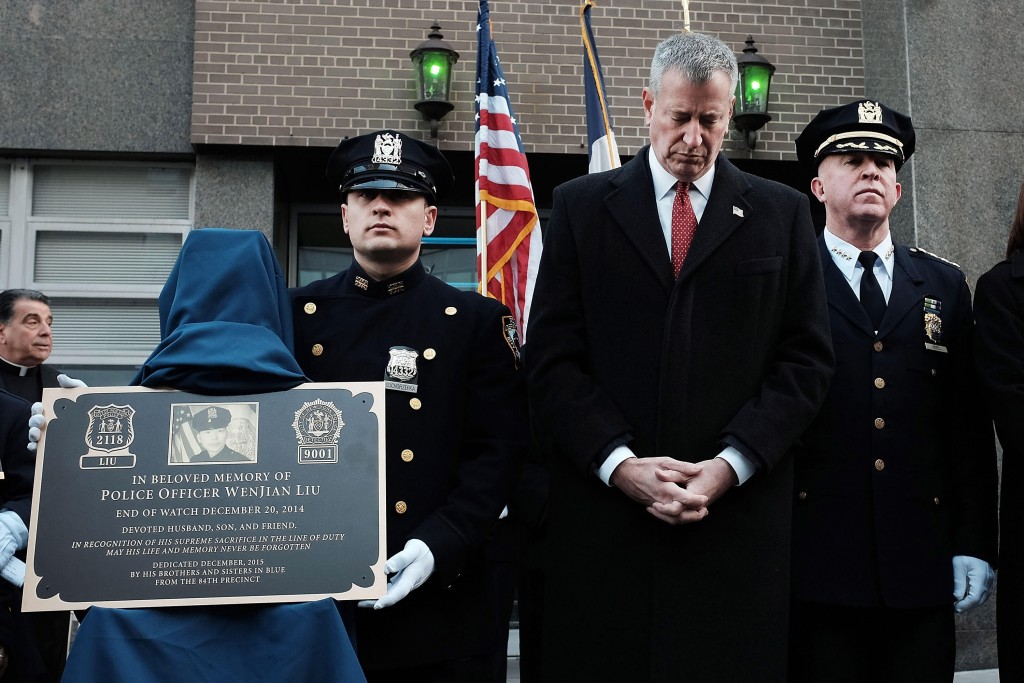 New York City’s mayor and police commissioner honored two officers who were shot to death one year ago while sitting in their cruiser.

On Sunday, hundreds of officers joined Liu’s family at the precinct. Liu’s father thanked everyone for their support.

The two officers were shot at point-blank range through their cruiser window. The gunman then killed himself with the same weapon. He had posted on Instagram that he wanted to put “wings on pigs” and referenced Eric Garner, whose police chokehold death led to protests against the New York Police Department.