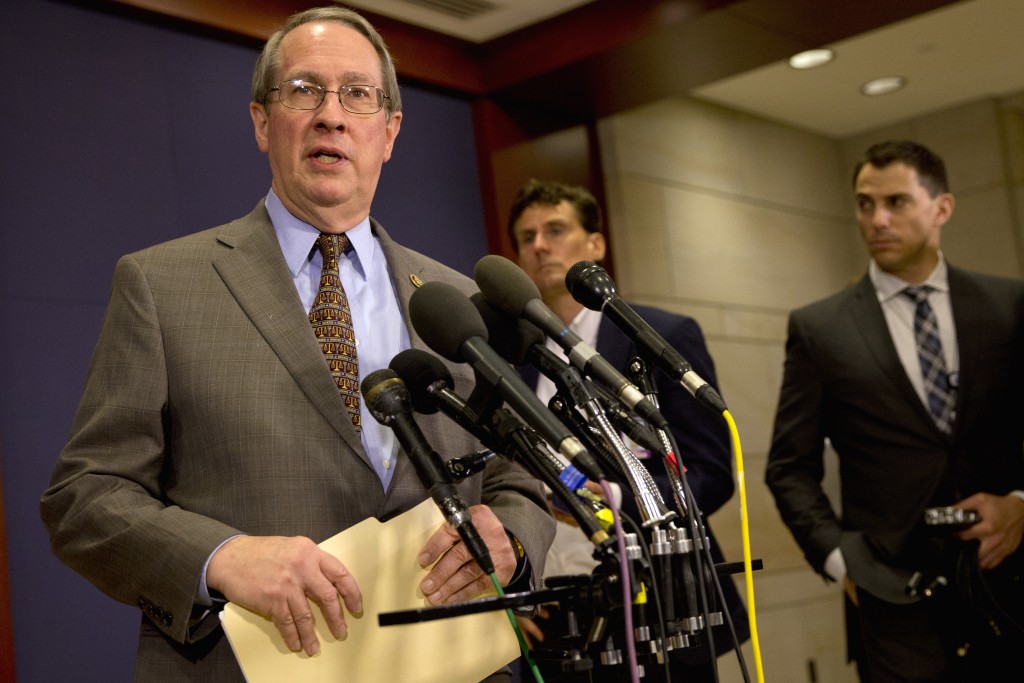 Goodlatte said he reviewed Malik’s immigration file, which the State Department has refused to make public.

“It is clear that immigration officials did not thoroughly vet her application,” Goodlatte said in a statement issued on Saturday.

Malik, a Pakistani national, arrived in the United States last year on a fiancé visa. After being allowed into the country, she married American Syed Rizwan Farook. On Dec. 2, the couple committed the attack that killed 14 people in San Bernardino, Calif.

“In order to obtain a fiance visa, it is required to demonstrate proof that the U.S. citizen and the foreign national have met in person,” Goodlatte said. “However, Malik’s immigration file does not show sufficient evidence for this requirement. What is worse, the immigration official reviewing Malik’s application requested more evidence to ensure the two met in person, but it was never provided and her visa was approved anyway.”

Goodlatte’s announcement will increase pressure in Congress to tighten the screening of visa applications of foreigners seeking to enter the U.S.

“Visa security is critical to national security, and it’s unacceptable that U.S. Citizenship and Immigration Services did not fully vet Malik’s application and instead sloppily approved her visa,” Goodlatte said. He said the House Judiciary Committee is working on a bill to “strengthen visa processing security.”

Goodlatte said the only proof that Malik and Farook gave immigration officials for having met in person is Farook’s statement that they had been together in Saudi Arabia and “copies of pages from their passports, containing visas to enter Saudi Arabia and stamps in Arabic.”

The immigration officials reviewing Malik’s application asked for the passport stamps to be translated into English to confirm that the two were in Saudi Arabia at the same time. But the file shows no such translation, Goodlatte said.

The House Judiciary Committee had the passport stamps translated and found that Malik entered Saudi Arabia around June 4, 2013. Her exit stamp was only partially legible and the translator could not determine when she left Saudi Arabia, Goodlatte said. Farook’s stamps show he was in Saudi Arabia between Oct. 1, 2013 and about Oct. 20, 2013.

The State Department has refused to make Malik’s immigration file public, despite the fact that she was killed in a shootout with law enforcement.

“Visa records are confidential under U.S. law — whether the individual is deceased or not has no bearing on that,” State Department spokeswoman Beth Finan said in response to a request for the file from the California-based McClatchy publishing company. “It is the record that is protected, not the individual’s privacy.”