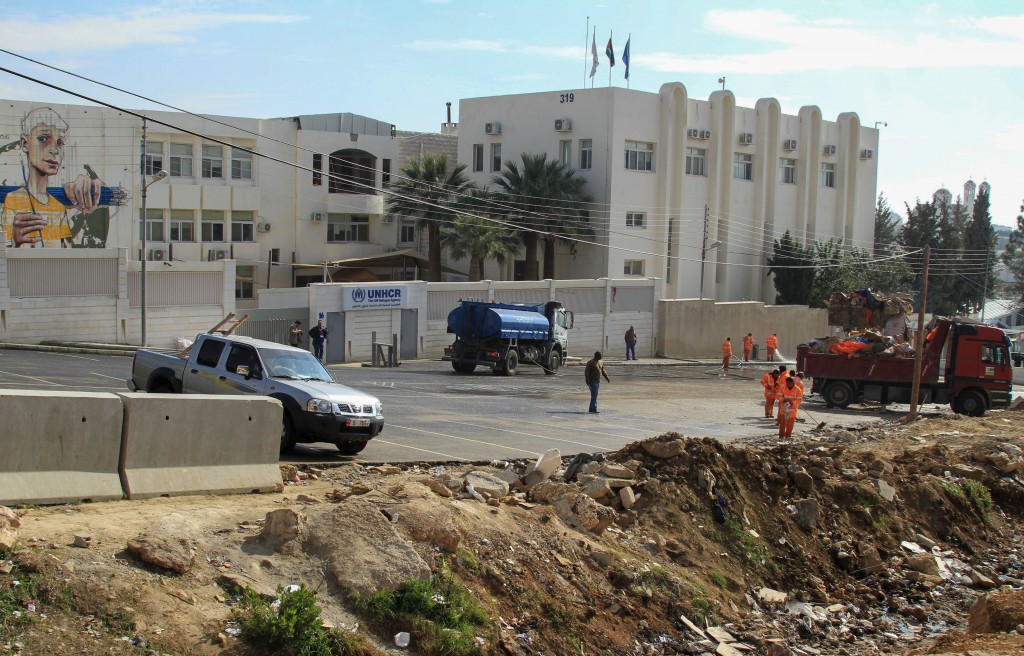 Jordan began deporting hundreds of Sudanese asylum seekers on Friday, despite warnings by the U.N. refugee agency that they could face danger and persecution in their troubled homeland.

Jordanian security forces rounded up about 800 Sudanese earlier in the week, with the intention of deporting them. Troops tore down their makeshift tent camp in the capital Amman, and detained them at a holding bay near the country’s international airport.

The deportations epitomized dilemmas faced by many European, Mideast and African countries that have faced a refugee influx in recent years. Jordan has otherwise drawn plaudits from U.N. officials for being more welcoming than most countries by taking in many Iraqis, Syrians and Palestinians.

In Geneva, the U.N. High Commissioner for Refugees, Antonio Guterres said the world community had a “huge debt” to Jordan, but also noted the incident over the Sudanese.

“We have been in close contact with the Jordanian government on the Sudanese question,” said Guterres, who said UNHCR’s position was that the Sudanese in need of protection should not be deported.

The deportations began early Friday and most of those slated for deportation were to be flown out of Jordan throughout the day, said government spokesman Mohammed Momani. By noon, three planes with 430 Sudanese on board had left, said Aoife McDonnell, a refugee agency spokeswoman in Jordan. She said the agency is “extremely concerned” about others held at the loading bay.

A Sudanese activist in Jordan who was in touch with some of his countrymen in detention said, at one point they staged a protest and that Jordanian forces responded with tear gas and beatings. The activist only gave a partial name, Abu Ehab. His claim could not immediately be confirmed.

McDonnell said UNHCR has registered more than 3,500 Sudanese in Jordan. Of those, 58 percent were recognized as refugees and the rest as asylum seekers. She noted that all those registered with the agency in the two categories enjoy international protection, adding that 70 percent are from Sudan’s troubled Darfur region.

“We believe many, if not most of those being deported were registered with the agency,” she said.

Guterres, whose 10-year tenure ends on Dec. 31, also expressed concern about growing wariness worldwide about refugees and noted a “trend toward a more restrictive approach to refugee policies.” He cited contributing factors such as public reaction to the large number of refugees pouring into Europe and concerns about security in the wake of terror attacks in Paris and elsewhere recently.

“We need to understand that refugees are the first victims of terror, and they are refugees exactly because they are fleeing areas where terrorism, violence and other forms of persecution have been proliferating more strongly,” he said.

UNHCR says it has registered nearly 43,000 Sudanese refugees and asylum-seekers in the Middle East and North Africa, nearly two-thirds of them in Egypt alone. Israel was second, with nearly 5,600, and Jordan was third.

Around the world, the U.N. refugee agency has registered about 700,000 Sudanese, McDonnell said.

Momani, the Jordanian government spokesman, has said those slated for deportation had come to Jordan under the pretext of seeking medical treatment and that asylum protection did not apply to them.

Also Friday, the UNHCR in Geneva presented its twice-annual “trends” report, saying that forced displacement is set to hit a new record this year. It said the global refugee total surpassed 20 million in mid-2015. Overall forced displacement, including asylum-seekers and internally displaced people, was on track to top 60 million for the first time this year.

The report also said that voluntary return rates, a figure showing how many people returned of their own desire and indicative of the safety of returning home, had fallen to the lowest level in more than three decades: an estimated 84,000 people, compared to 107,000 last year.