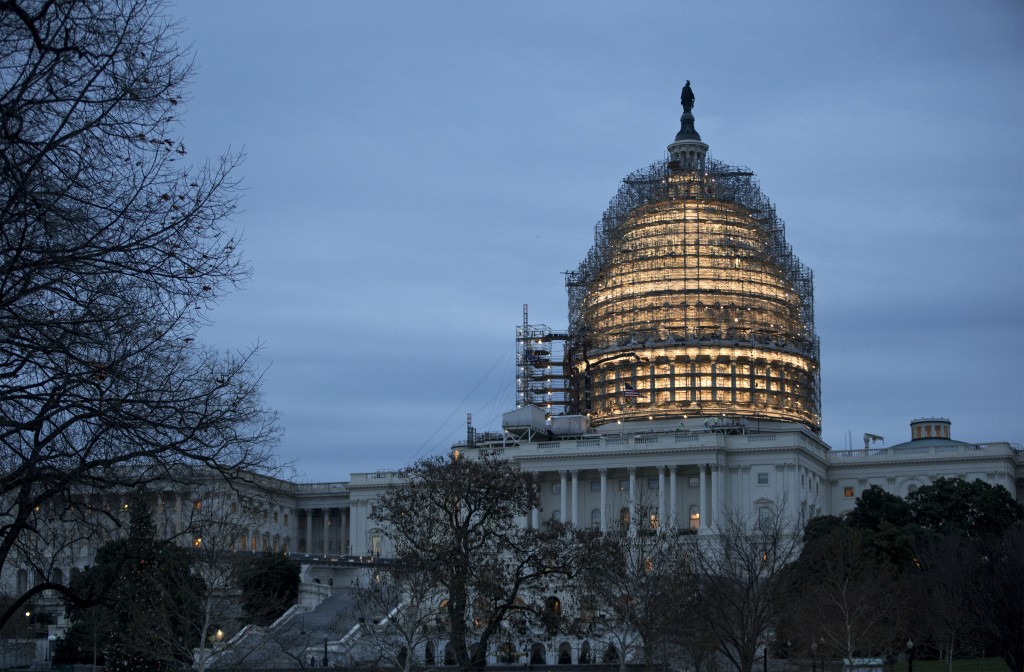 Congress on Friday sent President Barack Obama a bipartisan but deficit-draining year-end budget package that boosts federal-agency spending and awards tax cuts to both families and a sweeping array of business interests.

A 65-33 Senate vote on the measure was the last act that shipped the measure – combining $1.14 trillion in new spending in 2016 and $680 billion in tax cuts over the coming decade – to Obama. It had earlier swept through the House on a pair of decisive votes on Thursday and Friday, marking a peaceful end to a year-long struggle over the budget, taxes and Republican efforts to derail Obama’s regulatory agenda.

Obama will sign the measure, which includes many of the spending increases he fought for all year and is largely cleansed of GOP attempts to block his moves on the environment, financial regulation and consumer protection. Republicans won increases for the military and an end to a ban on exporting U.S. oil, as well as permanent tax cuts for business investment.

Republicans were split, with 27 of them voting in favor and 26 against the bill. Presidential contender Marco Rubio was absent. Only six Democrats and Independent Bernie Sanders, another presidential hopeful, voted against the measure.

The measure received big bipartisan majorities in both House and Senate. New House Speaker Paul Ryan, R-Wis., got the benefit of the doubt from most Republicans, who by a wide margin had opposed earlier legislation that established the framework for the budget package. House Democratic leader Nancy Pelosi of California, a key negotiator, swung forcefully behind the measure after showing initial frustration over its lifting of an oil-export ban and lack of action on helping Puerto Rico address its fiscal woes.

“They wanted big oil so much that they gave away the store,” Pelosi said. But she cited successes in driving away most GOP policy proposals from the measure. Democrats also pushed through higher domestic budgets and tax breaks for working families and renewable energy.

“This bipartisan compromise secures meaningful wins for Republicans and the American people, such as the repeal of the outdated, anti-growth ban on oil exports,” Ryan said, also citing a large increase for the Pentagon and curbs on the activities of the Environmental Protection Agency and the IRS.

Some Tea Party lawmakers were dismayed by the burst of spending and a lack of wins for conservatives.

“There are so many things in this bill that will be surprising and shocking to the American people,” said Rep. Walter Jones, R-N.C.

The House voted on the spending portion of the measure on Friday, when it won support from House Republicans by a 150-95 margin. Democrats followed Pelosi’s lead and backed the bill by a 166-18 margin. In a procedural quirk, the House passed most of the tax cuts – virtually all of them financed with deficit dollars – on Thursday.

The bill extends more than 50 expiring tax cuts, with more than 20 becoming permanent, including credits for companies’ expenditures for research and equipment purchases and reductions for lower-earning families and households with children and college students.

The spending measure would fund the operations of every Cabinet agency. It awards increases of about 6 percent, on average, above tight spending caps that were a relic of a 2011 budget-and-debt deal – and were opposed by both GOP defense hawks and Democrats seeking boosts in domestic spending.

The House vote bundled with the spending measure a tax bill that passed on Thursday.

The budget pact was the last major item in a late-session flurry of bipartisanship in Washington, including easy passage of long-stalled legislation funding highway programs and a rewrite of education programs.

Many on each side saw the budget deal as the best they could get under divided government. The need to win Obama’s signature helped rid the measure of some GOP provisions such as limiting the flow of Syrian refugees and undoing dozens of Obama actions on the environment, labor, financial regulation and relations with Cuba.

The measure contains large spending boosts for veterans and medical research, and funds a familiar roster of grants for transportation projects, first responders and community development.

It also clears away an almost $1 billion backlog of federal courthouse projects and sends hundreds of millions of dollars to the states and districts of a handful of powerful lawmakers such as Sen. Thad Cochran, R-Miss., and Rep. Harold Rogers, R-Ky., the chairmen of the Appropriations committees.

Also crammed into the two bills are provisions trimming some of the levies that help finance Obama’s prized 2010 health-care overhaul. The White House opposed the rollbacks, but Republicans and many Democrats supported them. A tax on medical devices would be suspended for two years, a levy on health insurers would stop for a year and, in a victory for unions, a tax on higher-cost insurance policies would be postponed two years until 2020.

In exchange for ending the oil-export ban, Democrats won extensions of tax breaks for alternative power sources such as solar and wind energy.

Other extended tax cuts include breaks for some teachers, commuters, timber investors, electric-vehicle owners and makers of hard cider drinks. People in the seven states without income taxes will be able to deduct local sales taxes on their federal returns.