National Congress To FDA: No Genetically Engineered Salmon In Supermarkets Unless It Is Labeled
National 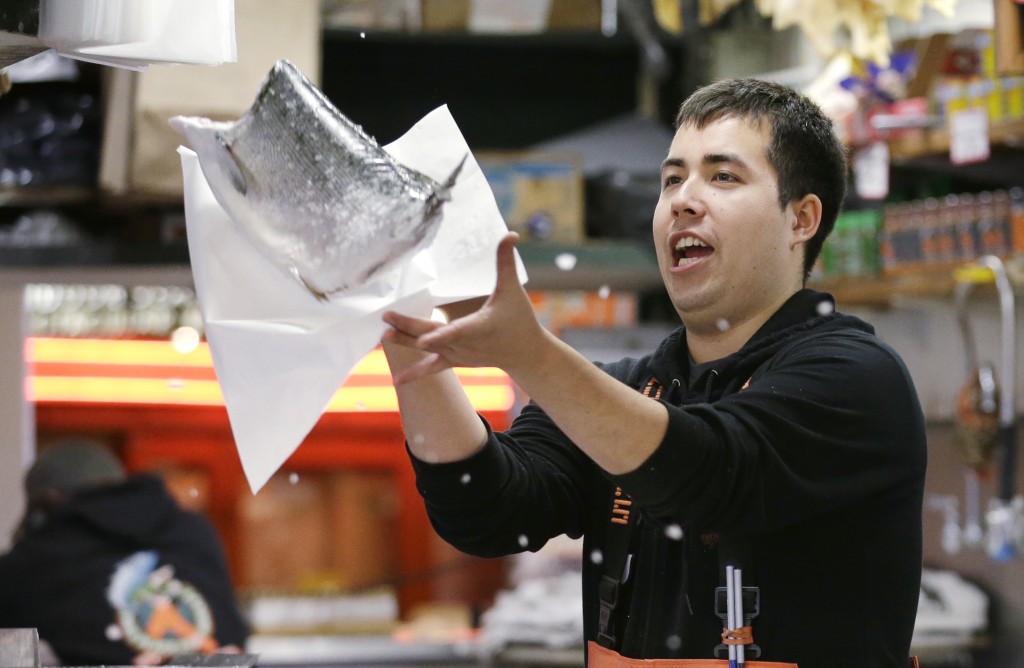 The sprawling federal spending bill unveiled this week on Capitol Hill included a small passage with potentially big implications in the food world.

In two short paragraphs on page 106, lawmakers instructed the Food and Drug Administration to forbid the sale of genetically engineered salmon until the agency puts in place mandatory labeling requirements. The language comes just a month after FDA made salmon the first genetically modified animal approved for human consumption and represents a victory for advocates who have long opposed such foods from reaching Americans’ dinner plates. At the very least, they say, consumers ought to know what they are buying.

The fish in the spotlight is the AquAdvantage salmon, produced by Massachusetts-based AquaBounty. The Atlantic salmon contains a growth hormone from a Chinook salmon and a gene from the ocean pout – a combination to help it grow large enough for consumption in 18 months instead of the typical three years.

Activists and commercial fishermen have raised concerns about whether the fish is safe to eat and whether potential environmental harms could unfold if any of AquaBounty’s salmon ever made their way into ocean waters. The company has argued that its fish, actually could reduce pressure on wild stocks and prevent the over-fishing of Atlantic salmon. FDA has said its approval was “based on sound science and a comprehensive review” and that regulators are confident the genetically altered fish is safe to eat.

But the language in the federal spending bill, which is expected to soon pass Congress, directs FDA to prevent the AquaBounty salmon from reaching the U.S. market until regulators put in place mandatory labeling guidelines. It also directs them to spend at least $150,000 developing the guidelines.

“There’s a question as to whether this fish should even be called a salmon,” said Sen. Lisa Murkowski, R-Alaska, who pushed for the additional language. “The FDA made no mandatory labeling requirement. Instead, they said it could be labeled voluntarily. But no manufacturer of a ‘Frankenfish’ is going to label it as such. . . . At least now people will have the opportunity, the chance, to know what it is that they are purchasing.”

Lisa Archer, director of the food and technology program at the Friends of the Earth, said the advocacy group would continue to keep pressing to have labels on all genetically modified foods, but the salmon provision was a good start. “The vast majority of people want GMO labeling, and Friends of the Earth and our allies will continue to fight for our basic right to know what we are feeding our families,” she said in a statement.

AquaBounty did not immediately respond to a request for comment.

Despite the language in this week’s federal spending bill, it remains unclear when and where genetically modified salmon might show up for sale.

Knowing FDA likely would approve the AquaBounty salmon, consumer and environmental activists have in recent years convinced some of the country’s largest retailers not to stock it. Chains such as Whole Foods, Trader Joe’s, Costco and Target have said they will not sell the controversial fish.