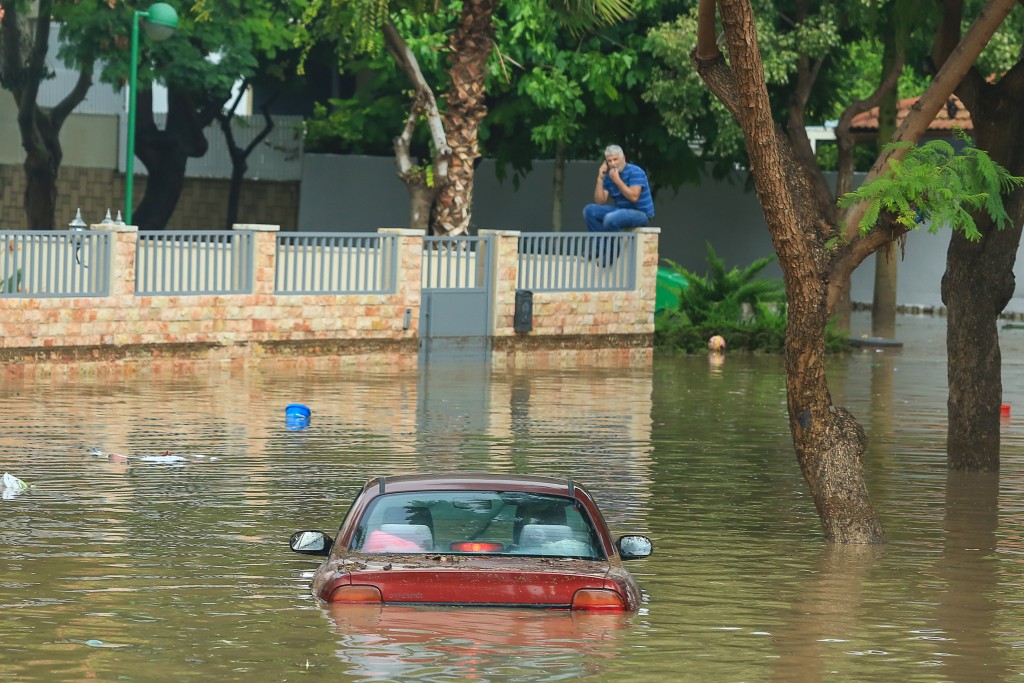 The gishmei brachah predicted for the weekend in Israel made a grand entrance Thursday morning, as a huge cloudburst dumped 40 millimeters of rain on the southern city of Ashkelon in a single hour. The rain fell between 7:50 and 8:50 a.m., during the heart of rush hour.

As a result, many decided to delay their trips north to workplaces in Ashdod, Rechovot and Tel Aviv. Not that getting in their car and taking to the road would have helped anyway; roads were closed as large, deep puddles formed. The city quickly opened an emergency hotline to answer questions and send out assistance to residents who, surprised by the sudden downpour, were experiencing flooding or mobility problems.

As the storm progressed, the city sent out large vehicles equipped with systems to remove water from the roads. Most of the major roads in the area were reopened after the storm passed, but local flooding on side streets stranded some commuters, many of whom decided to take a “rain day” off from work. Several schools experienced flash flooding, but schools are open, the municipality said, with classes moved from flooded classrooms to drier areas.

The city said that it had prepared the hotline and heavy equipment Wednesday night, when forecasts said that coastal areas would experience heavy storms through Shabbos. Last month, the city was paralyzed by similar storms, but on Thursday, the municipality said, things went much more smoothly. “We experienced far fewer calls for emergency assistance this time than in last month’s storm,” a spokesperson said. “We were able to quickly answer all calls for help, and we anticipate being able to do so throughout the weekend.”

Altogether, some 86 mm of rain had fallen by 10 a.m. in Ashkelon on Thursday morning – a large amount for any municipal drainage system. With more rain, lightning and thunder expected in the city – and throughout Israel – over the weekend, officials were busy pumping out the city’s sewers Thursday morning to make room for the next rain that is expected to fall.