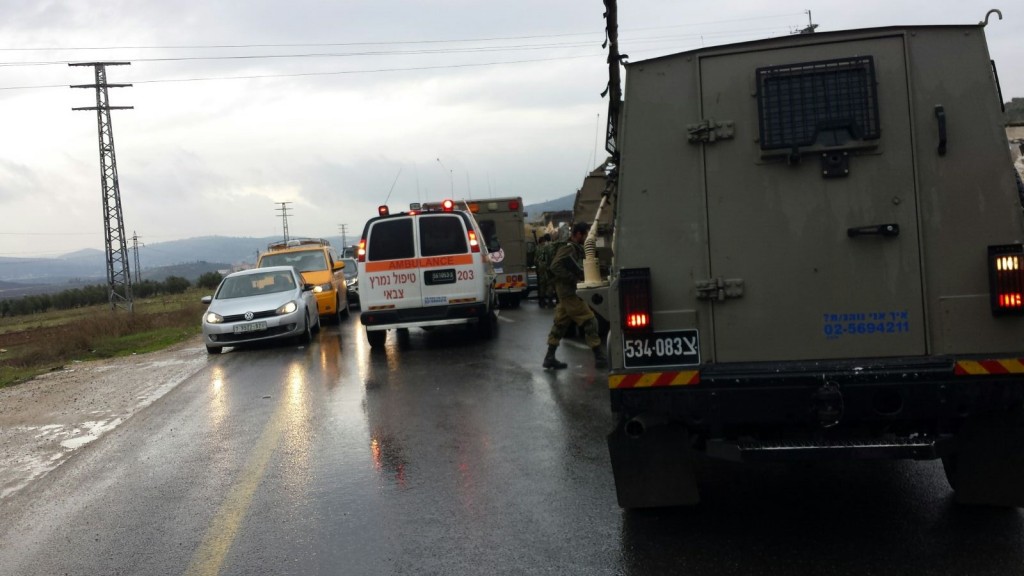 IDF forces prevented a terror attack on Thursday at the Hawara checkpoint near Shechem. A suspicious-looking Arab advanced towards IDF soldiers at the checkpoint, and refused to halt when soldiers demanded he do so. Soldiers shot at the terrorist, wounding him, and found him to be carrying a large knife. The terrorist later died.

The Shin Bet study indicates that the average terrorist is a young male between the ages of 15 and 25, and a resident of the Chevron area.

Although Yerushalayim has experienced numerous attacks, the Shin Bet study shows that only 20% of the terrorists were from the city itself; 45% were residents of Chevron and its surrounding villages, and 11% lived in Beit Lechem and its suburbs. The further west one travels towards the Tel Aviv area, the fewer terrorists originate from those locations; Shechem and Jenin were responsible for 10% each of the terror attacks, while Tul Karem and Kalkilya – which straddle the Green Line – were responsible for only 4% of the terror attacks.

Terrorists tended to carry out attacks close to home, lending credence to the conclusion in the defense establishment that the current terror wave is spontaneous, and not organized as in the second intifada. Of the terror attacks since October 1, 73% occurred in Yehudah and Shomron, most in and near Chevron, while only 18% took place in Yerushalayim.

The study also lends credence to claims by Israeli officials that it is the incitement broadcast in Palestinian media that has played a major part in encouraging terror attacks. In recent weeks, the IDF has closed down three radio stations in the Chevron area operated by elements close to Hamas that had been broadcasting messages of incitement and promoting violence against Israelis. The troops seized equipment and documentation from the stations.

In a statement, defense officials said that the stations were responsible for “strong messages of incitement that had led to suicide attacks by Palestinians on Israelis.” In addition, the officials said, they were “responsible for spreading lies about alleged ‘kidnappings’ of Palestinians by Israeli security forces. They also praised and supported suicide stabbers and perpetrators of car-ramming attacks.”