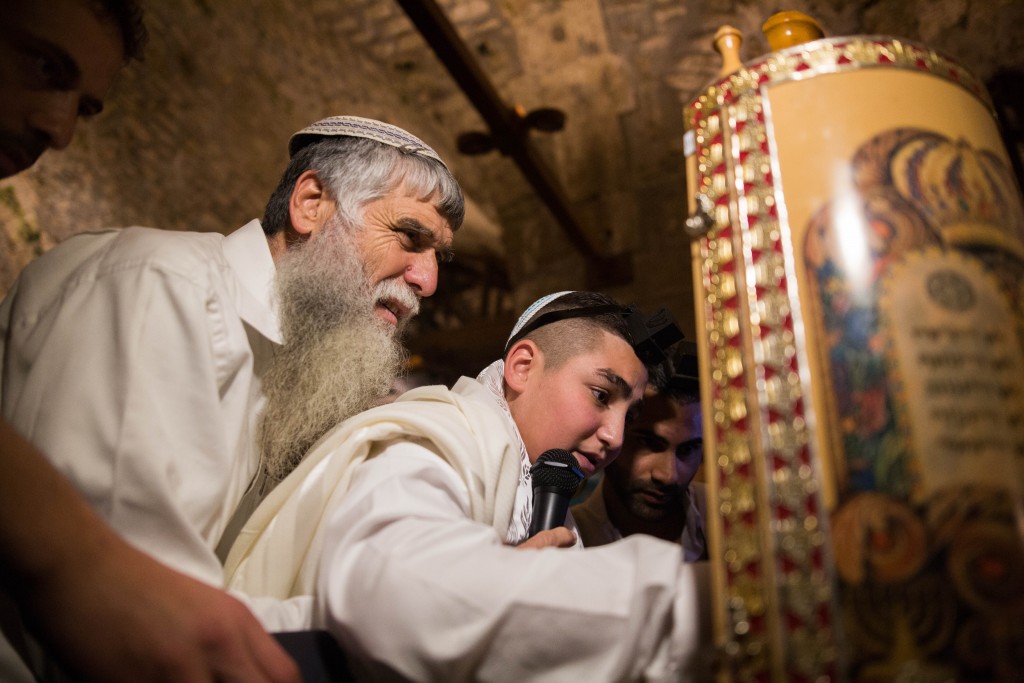 Naor Ben-Ezra, who was stabbed and nearly killed in a terror attack in Pisgat Ze’ev in October, celebrated his bar mitzvah on Thursday – in an event he himself never believed was going to take place. “I have prepared for this moment for a long time,” he told reporters. “I didn’t think I was going to have a bar mitzvah after I was stabbed, but, baruch Hashem, I feel like I am 90-95% better than I was before.”

The bar mitzvah took place at the Kosel, with special guests helping him to celebrate – the staff who treated him at the scene, and helped save his life. “There is no feeling that is better than saving someone’s life,” said David Dalfan, one of the first responders on the scene. “It’s fantastic coming to see Naor healthy. Celebrating his bar mitzvah like this is a great miracle for him.”

Naor’s parents were full of happiness and gratitude to Hashem. “This is an open miracle,” said his mother Ruti Ben-Ezra. “Anyone who does not believe in miracles should be here today. Thank G-d, we were able to make it to this point. It’s especially wonderful to celebrate and give our thanks to Hashem here at the Kotel,” she added. Naor’s father, Shai Ben-Ezra, said that his feelings were “indescribable. We have great gratitude to Hashem and to the Jewish people for their prayers.”

Naor was the victim of an October 12 attack, in which he was stabbed by two Arab teen terrorists – Hassan Mansara and his cousin, Ahmad Mansara. Hassan Mansara was killed on the spot by police who shot at him, after he stabbed Naor in the neck.

Ahmad Manasra, meanwhile, achieved unique notoriety after Palestinian Authority president Mahmoud Abbas claimed that he was dead, having been “executed” by Israeli forces after he attempted to murder Naor – but was found to be alive in a Yerushalayim hospital, being treated for his wounds. Photos of Mansara receiving treatment were distributed by the Health Ministry, and in one of the photos, Mansara is seen holding up a finger into the air, in a gesture similar to that of IS terrorists.

Speaking to guests, Naor said Thursday that he was very emotional at taking on the yoke of Torah u’mitzvos “like any other adult of the Jewish people. From now on, I realize, I am in charge of myself and responsible for my actions. I thank everyone who davened for me, and to Hashem for giving me the strength to recover and continue.”