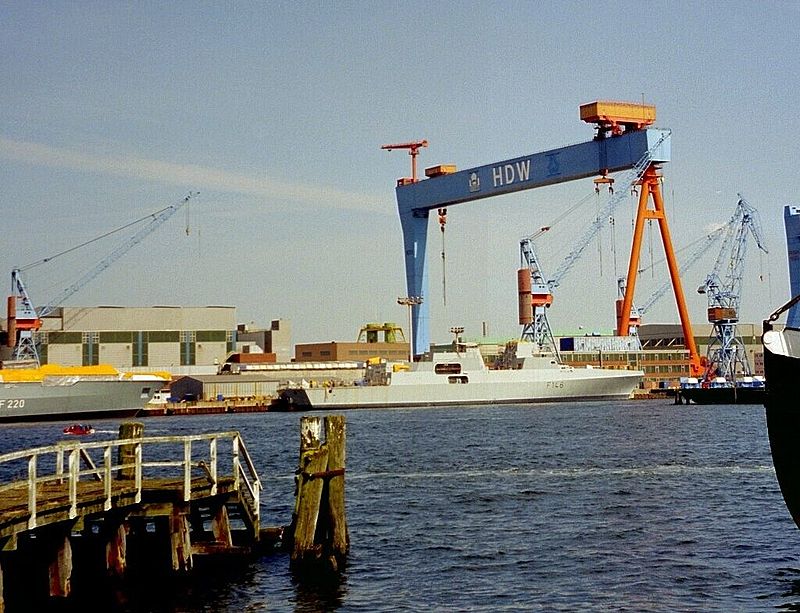 Delivery of a fifth Dolphin-class submarine from Germany to Israel was underway on Thursday, as INS Rahav departed for Haifa from the German port of Kiel, The Times of Israel reported.

Ordered a decade ago, the Rahav joins the INS Tanin, Tekuma, Leviathan and Dolphin at the Haifa naval base when it arrives next month.

The submarine was actually unveiled in April 2013, but delivery was put off until now to allow for additional work to make it fully operational. The diesel-powered sub is over 220 feet long and weighs more than 2,000 tons. It will be staffed by a crew of approximately 50 sailors, the Israel Navy said.

The $2-billion dollar vessel is considered one of the most advanced of its type, with enhanced capacity to remain submerged, potentially for weeks at a time.

“The fifth submarine greatly enhances the Israel Navy’s submarine flotilla and provides us with another state-of-the-art tool to aid and defend Israel against numerous threats,” the Navy official said.

The Rahav boasts surveillance systems to track other ships and countermeasures to allow it to avoid detection by enemy craft, as well as satellite communications capabilities and other systems for electronic warfare, the Navy said.

Officials would not comment on the submarines’ alleged capability for launching nuclear-armed Cruise missles.

A sixth submarine is scheduled for completion in three or four years, according to the current contract.