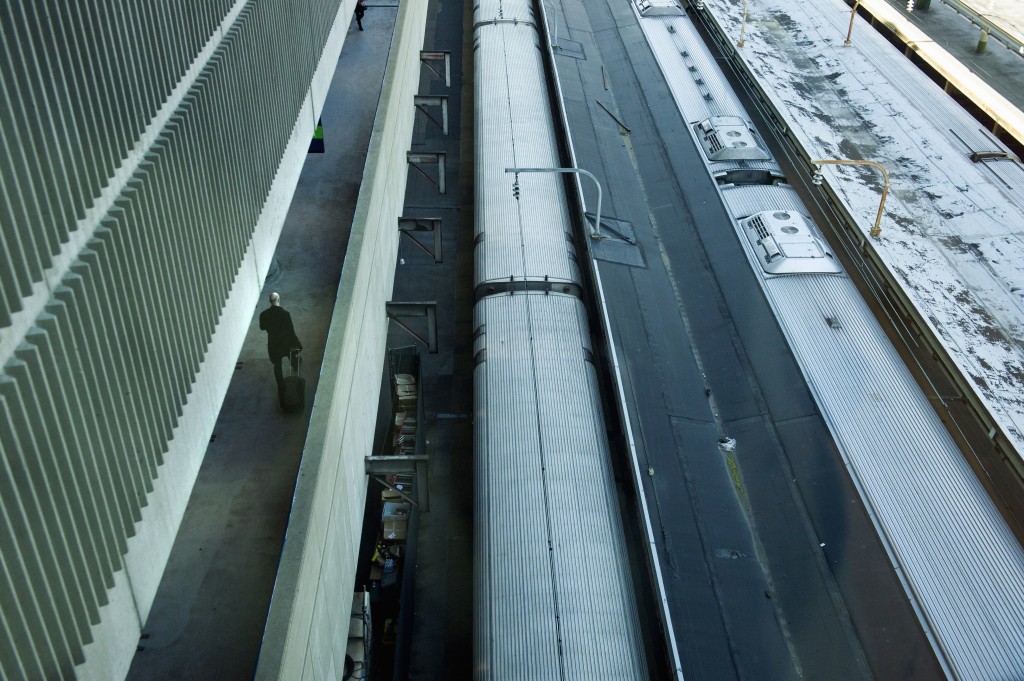 A pair of aging spines support movement in the Northeastern United States, home to more than 52 million people and the most important commercial hub in the nation. One is the overcrowded and perpetually congested Interstate 95. The other is a rail line that runs from Boston to Washington.

With growth projected to add 17 million-plus people price in the next 35 years, an already bloated region must do something about moving people and commerce or it will face stagnation and gridlock.

The Federal Railroad Administration (FRA) is in the nascent stages of figuring out how best to revive and bolster the rail system service and has laid out three possible scenarios, each with its own price tag.

– One would expand capacity enough to meet demand through 2040, improve intercity performance and reduce travel time between Washington and Boston by 35 minutes. Estimated cost: $65 billion.

– The second would link airports in Philadelphia and Providence, Rhode Island, create an alternate route through Connecticut to increase New York-Boston capacity and increase operating speeds to 160 miles per hour in most of the corridor. Estimated cost: $135 billion.

– The third and most ambitious plan, would add a second set of rails between Washington and Stamford, Connecticut, and two alternate routes from New York to Boston. Estimated cost: $290 billion.

In tossing out the three possibilities for public consideration, the FRA has provided detailed thought and lots of metrics on the potential benefit of each plan.

Regional ridership (principally on Amtrak) would increase with each plan, as would intercity ridership provided by local rail systems.

Given that the FRA has held only four of 11 planned hearings on the options, no one is talking yet about who should foot the bill for the expansion.

Amtrak, which owns 364 miles of the 457-mile rail corridor and will receive more than $8 billion in federal subsidies in the next five years, may be on the hook for a portion of the cost of whatever plan is adopted. Local commuter rail lines may find themselves tapped, too, and the freight railroads seem likely to be as well. Finally, Congress could be asked to come up with cash from federal taxpayers.

“Who pays what comes later,” said Matthew Lehner, spokesman for the FRA. “First, we want to come up with a long-term plan that everyone agrees to.”

At an FRA hearing in Washington this week, planners were encouraged to consider the entirety of transportation as they evaluate the proper approach for rail lines in the region.

“I think it’s critical when we look at our options that we evaluate all the modes of transportation in the corridor instead of looking at it as a single mode,” said Paul Haven, a fellow at the Environmental and Energy Study Institute.

By way of illustration, he asked planners to take into account whether less railroad growth might mean the need for more road expansion or more airport runways. What would be the environmental consequences of each action? he asked.

The plans, released last month and scheduled to take final shape by the spring of 2017, are all said to reduce pollution by shifting trips from cars or flying to passenger rail.

Amtrak has yet to comment formally on the plans, but the company said in a statement that the proposals represented “a once in a generation opportunity to transform the Northeast Corridor into a system that provides customers with top-notch service including true high speed rail, greater capacity, improved trip times and better reliability.”

The two more ambitious and expensive plans would address the biggest bottleneck in the Northeast Corridor (NEC), at the Hudson River. Plan two would create a new rail segment around the bottleneck. Plan three would provide two alternate routes: One would cut east through Long Island and then cross Long Island Sound to New Haven, Connecticut; the other would swing west toward White Plans, New York, before arching east though Hartford and on to Boston.

“The [Northeast] region’s transportation system is already operating at capacity with infrastructure that is in need of repair,” said Rebecca Reyes-Alicea, the FRA’s program manager for the area. “Bringing the NEC to a state of good repair and relieving the choke points are fundamental to our region’s future.”