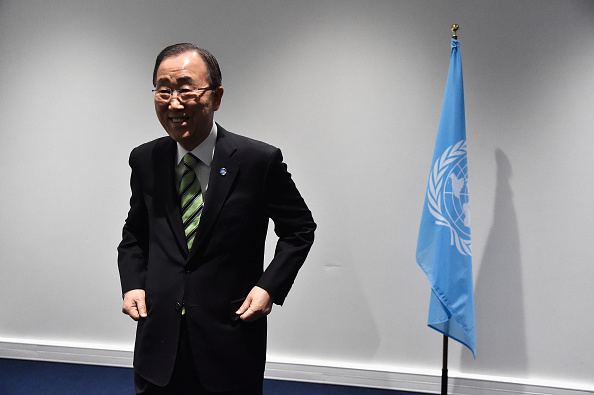 The Secretary-General of the United Nations Ban Ki-Moon on Wednesday accused Israel of causing Palestinian terrorism, an accusation immediately rejected by Israeli Ambassador to the UN Danny Danon.

In a message delivered on his behalf at a conference on the Rights of Palestinians in Jakarta, Indonesia, Ban declared that the current wave of stabbings and shootings against Israelis are “bred from nearly five decades of Israeli occupation.”

Ban also blamed Israel’s “settlement enterprise” for the violent unrest.
Danon, in turn, denounced the U.N. Committee on the Exercise of the Inalienable Rights of the Palestinian People as “a body detached from reality.”

Referring to Ban’s statement, Danon said flatly, “there is no justification for terrorism.”

“Instead of wasting your time trying to rationalize Palestinian terrorism, the United Nations should confront the Palestinian Authority to eradicate incitement coming from its highest echelons, permeating into the education system and social networks,” Danon said.

In another U.N.-related development on Wednesday, Israel’s foreign ministry condemned comments by a UN spokeswoman who referred to Palestinian terrorists as “alleged attackers.”

Cecile Pouilly, a spokeswoman for the Office of the United Nations High Commissioner for Human Rights (OHCHR), also criticized Israel for using “excessive force” in response to the attacks.

“Israel rejects the use of the term ‘alleged attackers’ by (the) OHCHR spokeswoman. It is misleading and unacceptable,” the Ministry said. “These so-called ‘alleged attackers’ are real persons, their attacks are real, planned and carried out with murderous intent.”

The MFA added that the U.N. was once again demonstrating a double standard toward Israel, noting how “law enforcement forces over the world, and lately in France and the United States, have shot and killed perpetrators of similar attacks. It is their duty to prevent additional bloodshed.

“Likewise, Israeli forces do not use excessive force. They safeguard Israelis’ rights to live in peace and security. They will continue to do so while respecting domestic and international law.”