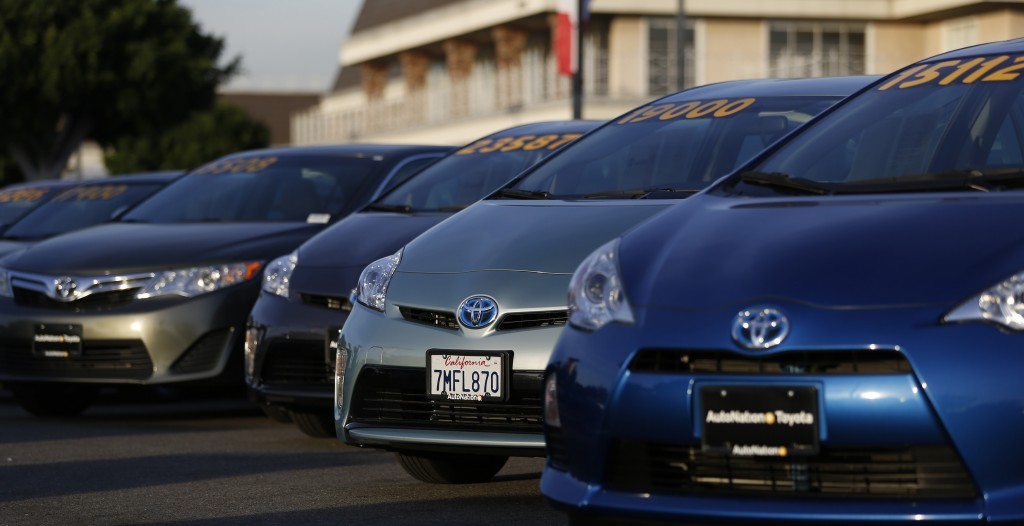 Toyota is expecting to sell more than 10 million vehicles in 2016, but little changed from what it expects to sell this year.

Volkswagen AG, which overtook Toyota in sales in the first half of the year, suffered in the second half from an emissions cheating scandal, in which diesel cars were found equipped with software that cheated emissions tests.

GM, which makes the Cadillac and Open cars, was the top-selling automaker for more than seven decades until being surpassed by Toyota in 2008.

GM retook the sales crown for one year in 2011, when a tsunami and quake disaster struck northeastern Japan, disrupting production.