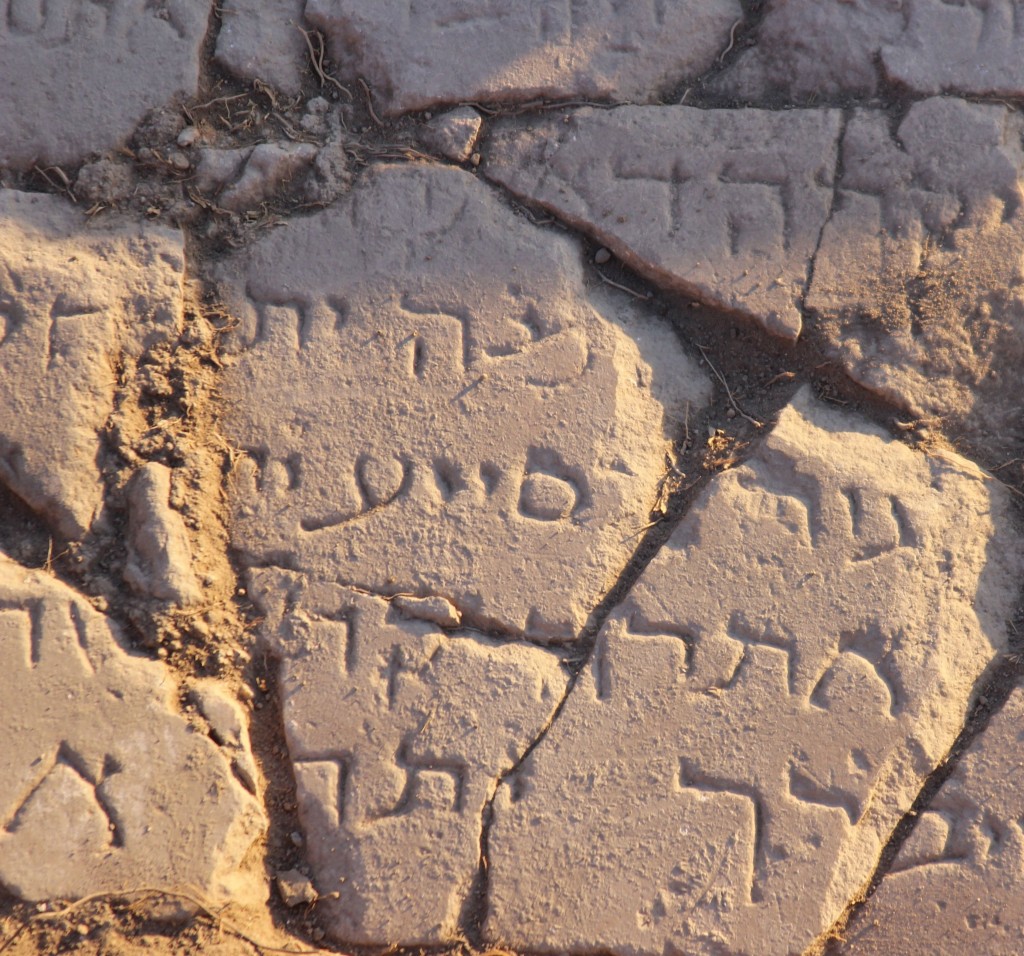 Hebrew inscriptions have been discovered on an ancient piece of rare marble that archeologists believe to be 1,500 years old, on the shores of Lake Teverya.

The find was made by Israeli archaeologists during an excavation in Kursi, which lies on the northeastern shore of the lake.

The artifact provides for the first time evidence that the ancient site was inhabited by Jews as well as non-Jews. Until now, it was thought that Jews had not resided there.

The excavation was supervised by Prof. Michal Artzi of Haifa University and Dr. Haim Cohen in concert with the Israel Antiquities Authority and the Israel Nature and Parks Authority.

The existence of an ancient settlement in the area became known to researchers in the early 1960s, when fragments of a large pier from the Byzantine period were found underwater. Researchers from Haifa University returned to the site last week following a drop in the water level and found the tablet bearing Hebrew letters.

Professor Artzi said the tablet was found at the entrance to an interior room in a structure that appeared to be a beis knesses.

“It consists of eight lines, and you usually don’t find so many words in Hebrew letters carved in stone,” she said. “The assumption is that whomever the inscription was dedicated to had enormous influence on the local people. There is no other dedication as detailed among the archeological discoveries made in Israel up to now.”