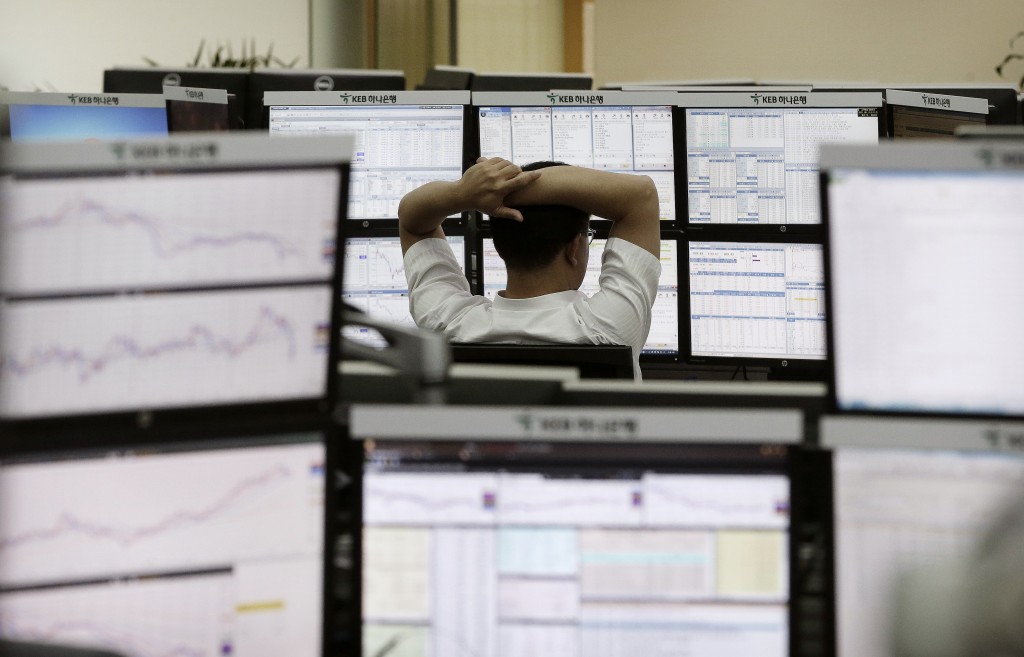 Shares and bond markets rose and the dollar dipped on Wednesday, as investors readied for what is expected to be the first rise in U.S. interest rates in almost a decade.

After more than a year of posturing and a couple of false starts, the Federal Reserve is set to be raising its rates by a token 25 basis points later Wednesday.

It will be a highly symbolic move, coming exactly seven years to the day since the U.S. central bank cut them to zero as the post-Lehman crash financial crisis engulfed the world and sent economies spinning into recession.

“It is a foregone conclusion that the Fed is going to raise rates,” said Kully Samra, a managing director at U.S. focused investment manager Charles Schwab in London.

“But I’m pretty sure too that Janet Yellen is going to use the word gradual [in reference to the possible pace of future hikes] quite a few times during the press conference.”

The hope that the Fed will stress that it plans a soft, gradual approach was helping soothe jittery markets that have been roiled again over the last couple of weeks by a fresh slump in oil prices and a fall in China’s increasingly influential yuan.

European shares opened broadly flat to consolidate sharp gains made on Tuesday and as new data bolstered signs of a gradual pick-up in the bloc’s confidence.

Growth in Germany’s private sector slowed a tad this month Markit’s PMI survey showed, but it remained on a high enough level to suggest that Europe’s biggest economy can be confident of robust demand going into the new year.

In the currency market it was mainly fine-tuning ahead of the Fed decision.

The dollar edged back from a near one-week high versus a basket of other major currencies, with Citi, the FX market’s single biggest player, saying positioning in the dollar against the euro was now basically neutral following a clearout over the past fortnight.

“Markets are going into the announcement expecting a rate hike but, on the surface at least, relatively relaxed that it is priced in,” added Kit Juckes, a strategist at Societe Generale in London.

Oil prices, which have been the other main obsession for investors in recent weeks because of the pressure it puts on producers, countries and global inflation, slid back again in early European trading.

West Texas Intermediate (WTI) fell 60 cents to $36.77 a barrel and Brent was down 80 cents at $37.65 to leave them heading back towards Monday’s seven-year lows.

Gold rose to $1,065 an ounce, and in Asia overnight, MSCI’s broadest index of Asia-Pacific shares outside Japan had jumped 2 percent as the region caught up to the previous session’s rallies in Europe and on Wall Street.

Japan’s Nikkei surged 2.5 percent, rebounding from a two-month low struck the day before as risk sentiment has blown hot and cold ahead of one of the most anticipated market events this year.

Australian shares jumped 2.2 percent, while Shanghai stocks edged up a more cautious 0.8 percent as another tick down in the yuan kept investors guessing on Beijing’s plans for the traditionally controlled currency.

“A lot of capital will be looking for a temporary home outside of the U.S. so as to avoid the likely increase in volatility after the [Fed rate hike] hammer falls,” said Martin King, co-managing director at Tyton Capital Advisors.

“And in the context of our current world markets, for many Japan looks like a credible home.”

Asia’s gains helped emerging market stocks climb 1.2 percent as they gunned for their second consecutive rise, having been bashed by nine straight falls before that.

In the bond markets, Treasury yields rose slightly ahead of the Fed decision and after stable U.S. consumer price data had reinforced the case for a hike.

It was a different story in Europe, though. Benchmark German Bund yields dipped along with the rest of the euro zone. In sharp contrast to the Fed, the ECB has said it is prepared to continue easing its policy if necessary.