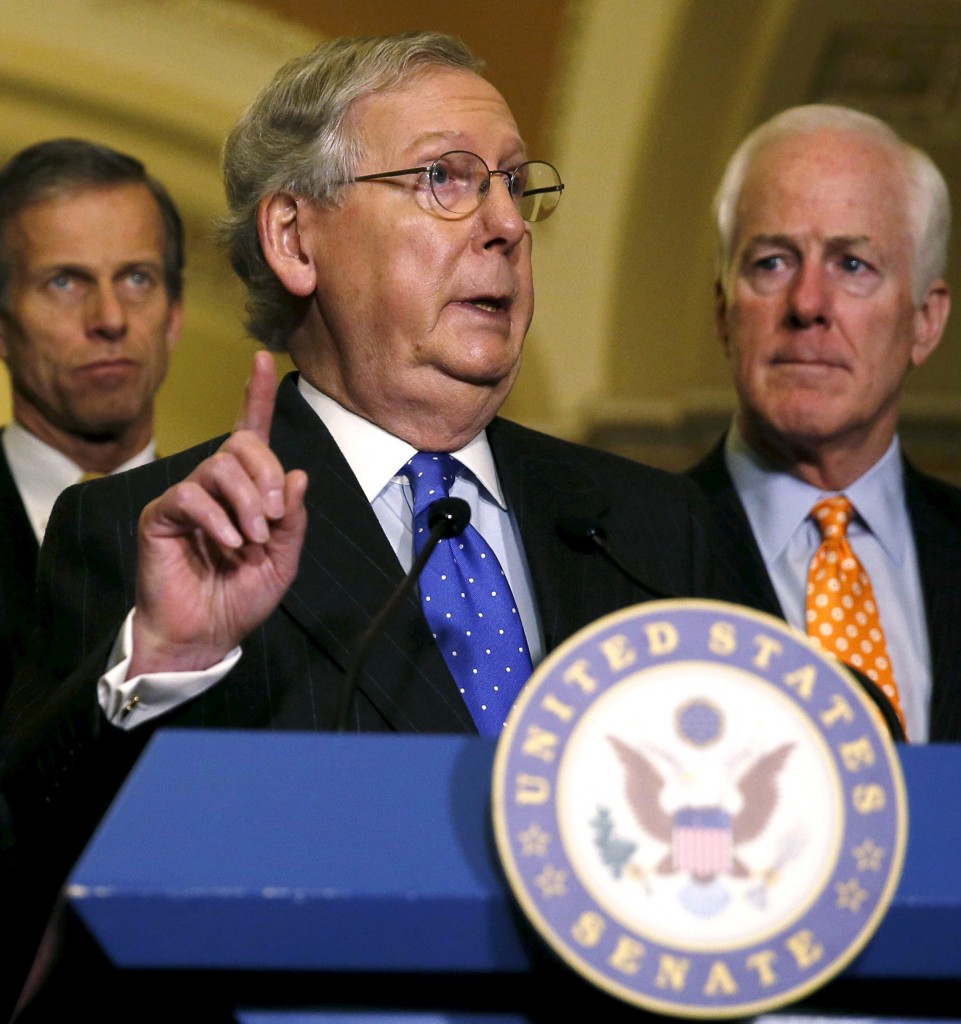 The package would fund the government through the 2016 budget year, raise domestic and defense spending, and increase the deficit by hundreds of billions of dollars by extending numerous popular tax credits without paying for them. It lifts the 40-year-old ban on exporting U.S. crude, a long-sought GOP goal that Republicans pointed to as their top win, and delays or suspends several taxes meant to pay for President Barack Obama’s health care law.

Democrats won five-year extensions of wind and solar credits and a permanent extension of the child care tax credit, and beat back many GOP attempts to add favored policy provisions to the bill, including several aimed at rolling back Obama’s environmental regulations.

“In negotiations like this, you win some, you lose some,” Ryan, R-Wis., said earlier in the day at an event hosted by Politico. “Democrats won some, they lost some. We won some, we lost some.”

Democrats, despite their minority party status in Congress, exacted a steep price in the negotiations, thanks to Obama’s veto pen and the Republicans’ need for their votes on the spending bill.

“We may not be in the majority but we’re feeling that these goals are on track,” boasted Sen. Chuck Schumer, D-N.Y.

“This is divided government,” Rep. John Kline, R-Minn., said coming out of the meeting. “If you’re going to move forward and follow Speaker Ryan’s notion that we move onto offense next year … Let’s put 2015 behind us and move onto 2016.”

Democratic aides cautioned that the final wording of the omnibus (multi-topic) bill was still being reviewed.

Republican leaders predicted the package would come to a vote in the House and Senate on Thursday, allowing lawmakers to head home having completed their needed tasks. First, they will have to pass yet another short-term government funding extension, since the current one runs out Wednesday at midnight.

Eleventh-hour negotiations twisted and turned on the mammoth deal pairing the $1.1 trillion government-wide spending legislation with a giant tax bill catering to any number of special interests. The deal, Congress’ last major piece of unfinished business for the year, became the vehicle for countless long-sought priorities and odds and ends, including reform of visa-free travel to the U.S. and extensions of health benefits and compensation for 9/11 first responders.

The final package ignored conservative demands for language clamping down on Syrian refugees entering the U.S.. Instead, it contains bipartisan changes tightening up the “visa waiver” program that allows visa-free travel to the U.S. for citizens of 38 countries, including France and Belgium – the home countries of many of last month’s Paris terrorists.

Republicans and some Democrats were behind the push for a two-year delay on taxes on high-cost health insurance policies, which don’t take effect until 2018 but would now be delayed until 2020, and a two-year suspension of the current 2.3 percent tax on some medical devices.

From the White House, press secretary Josh Earnest sounded resigned to Obama signing a bill lifting the crude oil export ban despite previous threats to veto the measure as stand-alone legislation. The export ban was imposed during energy shortages of the 1970s but has been declared outdated by industry allies. Environmentalists say lifting it would amount to a giant windfall for the oil industry.

“I’m confident that there will be things that will be included in the omnibus bill that we don’t support,” Earnest said. “I don’t know if the lifting of the export ban will be among them, but our position on this is pretty clear.”

Also included are about 50 lapsed or expiring business and individual tax breaks that the two sides are looking to extend, in some cases permanently. The price tag is expected to be several hundred billion dollars or more over a decade, which will further add to federal deficits. The two sides agreed to make some expiring business tax credits permanent, in exchange for doing the same to tax breaks for children, college students and lower-earning families.

Senate Majority Leader Mitch McConnell, R-Ky., said such a deal would make a larger tax reform package easier to achieve next year, while satisfying business goals, including extending a research and development tax credit and a popular deduction for equipment purchases.