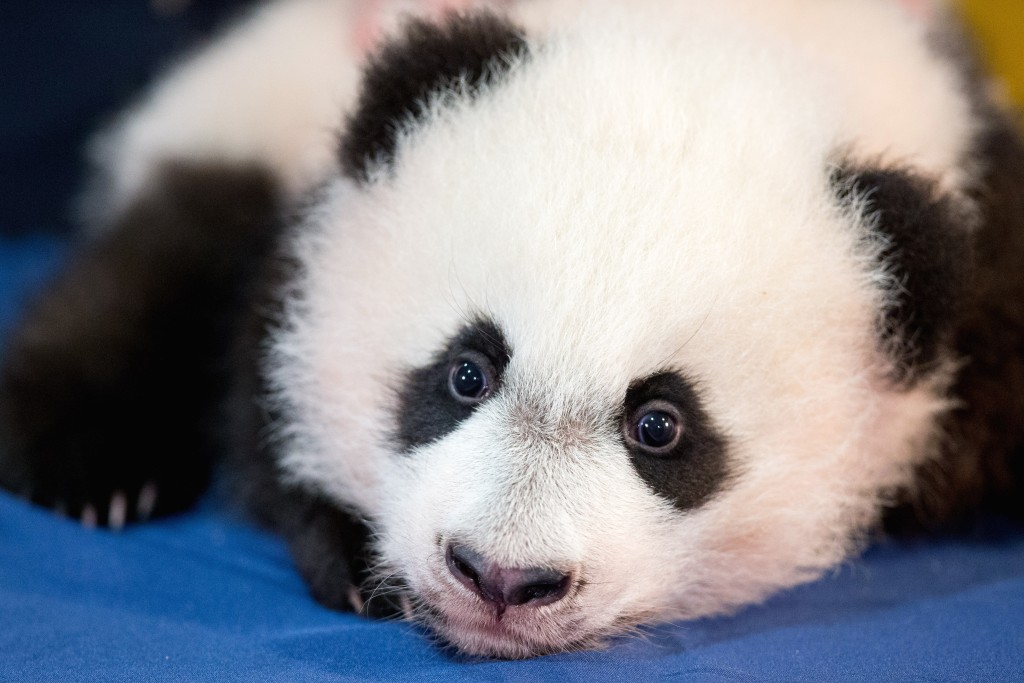 If the youngest giant panda cub at the National Zoo is stressed out about appearing in front of crowds for the first time, he isn’t showing it.

Keepers were expecting Bei Bei (BAY BAY) to squawk and squirm during an audience with a small news media contingent Monday. Instead, under bright lights with cameras clicking, he quickly fell asleep on an examination table, leaving a small puddle of drool on the tablecloth.

Panda biologist Laurie Thompson explained that before he went in front of the cameras, Bei Bei was playing with a piece of bamboo and trying to walk. Just like a newborn human, he tires easily.

“I’m very proud of him,” Thompson said. “Obviously, he wasn’t too bothered by all the people here. This is just the beginning for him as far as people go.”

Bei Bei is ready for his close-up. The cub will make a few appearances before selected audiences ahead of his public debut on Jan. 16, when the panda house will reopen. That’s also around the time Bei Bei will be sure enough on his feet that he’ll get to venture into the outdoor panda habitat for the first time.

Pandas are famously helpless at birth: pink, hairless, blind, and about the size of a stick of butter. Bei Bei, who was a twin — his brother did not survive — weighed just 4 ounces when he was born. Now, at nearly 4 months, he’s 17.5 pounds of fur, muscle, claws and teeth. He’s gaining about a pound a week — he’s bigger than either of his siblings were at the same age — and is hitting every developmental milestone.

He’s one of four pandas at the Smithsonian’s National Zoo, along with his mother, Mei Xiang (may SHONG), his father, Tian Tian (t-YEN t-YEN), and his 2-year-old sister, Bao Bao (Bow Bow). The pandas belong to China, and after they turn 4, Bao Bao and then Bei Bei will return to China and join the breeding program there.

Giant pandas are endangered, with roughly 1,800 living in the wild and 350 in captivity, which means Bei Bei and his sister are being counted on to help perpetuate the species.

Throughout his nearly 30-minute appearance before reporters and photographers, keepers and veterinarians stroked Bei Bei’s thick, bristly fur, and he protested only when they tried to open his mouth to count his teeth.