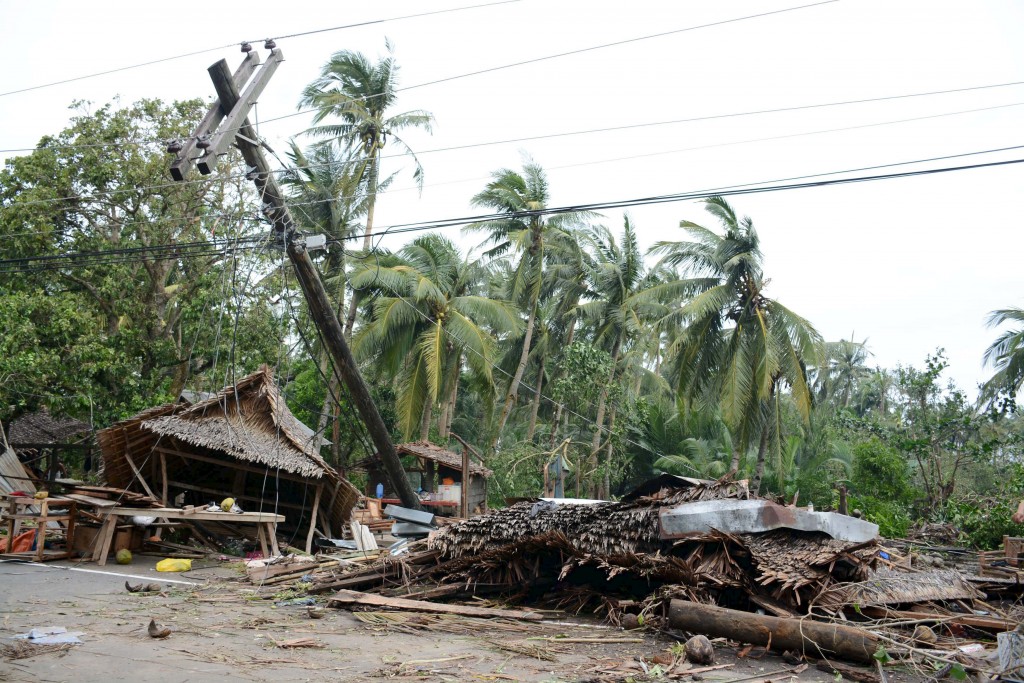 Nine people were killed, five are missing, and hundreds spent the night huddled on their roofs in the central Philippines, as floods generated by a powerful typhoon inundated villages, disaster officials said on Wednesday.

Typhoon Melor had paralyzed the capital, Manila, by late Tuesday, with floodwaters chest-deep in some areas disrupting train services and causing traffic gridlock on major roads. The typhoon, known locally as Nona, was about 95 miles northwest of Mindoro island, just to the south of Manila, with 80 mph winds at its center.

Mindoro Governor Alfonso Umali said in a radio interview that four people were killed in what he described as one of the strongest typhoons to hit the province in years. Another five people were killed in Northern Samar, where Melor first hit. The storm forced the evacuation of about 800,000 people to shelters.

About 90 percent of the province was affected, said disaster official Jonathan Baldo.”Many people will spend [the next few months] in evacuation centers without power and potable water. It may take three to four months to restore power in the province after power lines and electricity posts were toppled by strong winds.” Thousands of lightly constructed houses had been reduced to “matchsticks,” he added.

Five fishermen were missing in Albay gulf on the heavily populated main island of Luzon, officials there reported.

About 120 domestic flights were grounded and nearly 200 ferry services were stopped.

According to Accuweather forecasts, another storm is expected to hit the southern Philippines later this week.

An average of 20 typhoons pass through the Philippines each year. In 2013, typhoon Haiyan killed over 6,300 people and left 1.4 million homeless in the central Philippines.