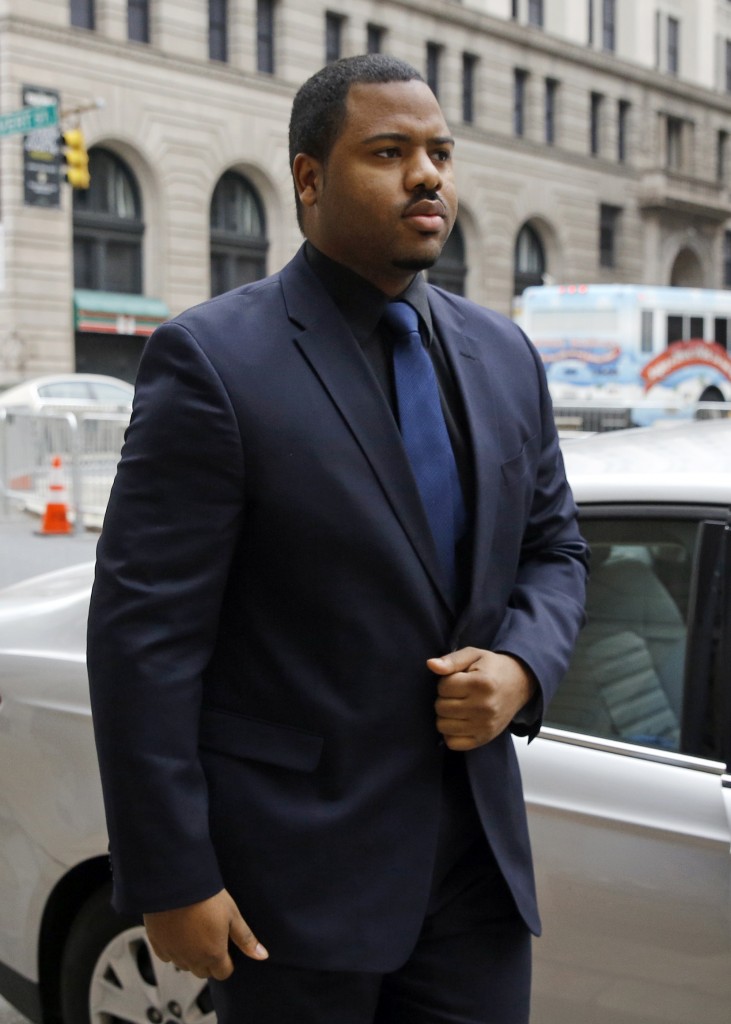 A Baltimore judge has declared a hung jury in the case of a police officer charged in the death of Freddie Gray.

Circuit Judge Barry Williams announced Wednesday that the jury couldn’t reach its decision after three days of deliberations in the manslaughter trial of William Porter.

He was the first of six officers to stand trial on charges stemming from Gray’s arrest and death. The judge told the jurors they had “clearly been diligent” before he dismissed them.

As the decision was announced, a handful of protesters gathered outside the courthouse.

Gray died after suffering a broken neck in a police van while handcuffed and shackled. An autopsy concluded his head was probably slammed against inside the van as the van turned a corner or stopped.

Prosecutors say Porter should have called an ambulance when Gray indicated he needed medical help, and should have buckled Gray’s seat belt.

Porter testified that Gray didn’t seem hurt. He says he told the driver and a supervisor that Gray wanted to go to a hospital.