Israel Despite Controversy, Israel to Get New NIS 200 Note Next Week
Israel 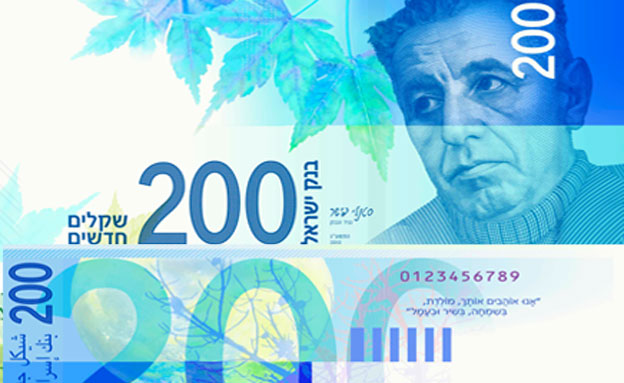 Israel’s new NIS 200 bill is set to be distributed next week, the Bank of Israel said Wednesday. Beginning next Wednesday, Israelis who take money out of ATMs or withdraw money via bank tellers will receive the redesigned blue-hued notes, featuring the image of Israeli poet Natan Alterman.

The current NIS red-toned NIS 200 bill will remain in circulation and be usable for at least five years to come. The main advantage of the new bill, said the Bank of Israel, is that it is far more difficult to counterfeit, and contains technology to make the bill “hardier” and less prone to damage.

The bill is one of four that the BOI is in the process of reissuing, all themed on Israeli poets and artists.

The introduction of the bill has led to a political brouhaha, with at least one government minister claiming that it “discriminates” against a large segment of the Israeli population. In a letter last week to government secretary Avichai Mandelblit, Negev and Galilee Minister Rabbi Aryeh Deri decried the lack of Sephardic and Mizrachi faces on the new bills.

“For 67 years, the culture of Jews from Eastern lands has been relegated to a back seat,” wrote Deri. “Eastern Jews have many great personalities that belong on our currency, both Torah scholars and individuals who have made their mark in the secular world. Mizrachi Jews constitute half the population of Israel,” and it was high time they got some representation in official state institutions and instruments, like its currency.

The new design ignores the many liturgical and poetic geniuses in the Sephardic world – both ancient and modern, said Deri.  “A decision made several years ago to include images of Jews from the countries of the Middle East on Israeli currency has obviously not yet been implemented, and to require this large population to wait many years until the next currency redesign is unfair.”