Israel Histadrut Threatens to Shut Down Country Next Week
Israel 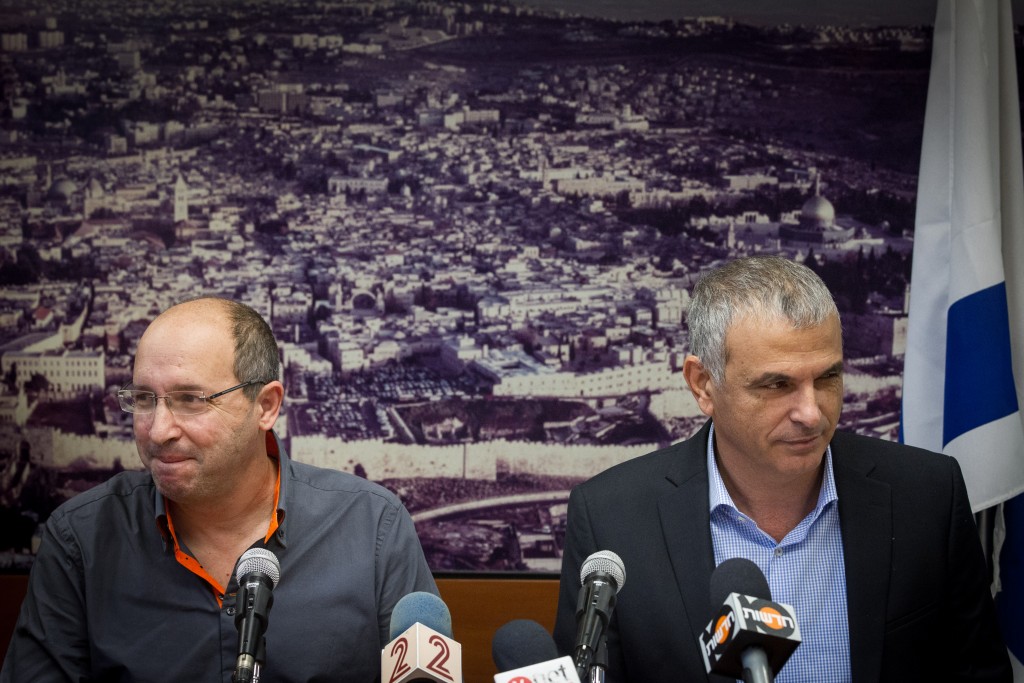 The Histadrut said Wednesday that it would go on strike next week, a decision that will affect almost every level of the Israeli economy – unless workers in the public and private sector get an immediate 11 percent salary increase. “I don’t like strikes, but they are a tool. Israeli workers are seriously underpaid, and something needs to be done,” Histadrut head Avi Nissenkorn said.

As that demand will cost the economy some NIS 11 billion – with about half of it coming from government coffers – a strike that would paralyze the economy would seem to be likely. Among those who would walk off the job – essentially paralyzing the economy – are teachers, government clerks, workers at Ben Gurion Airport, municipal employees, trash collectors, nurses, and many others.

Speaking at a press conference Wednesday, Nissenkorn said that the organization has been trying to get the attention of the government for the past year and a half, but to no avail. “They have ignored all our issues, whether it is a raise in the minimum wage, ending the phenomenon of contract workers who are denied their rightful pension and social benefits, the pension crisis in which many workers are unlikely to get any money when they retire, and so on. We have to solve these problems once and for all, and if we cannot do it by negotiations, we have no choice but to strike.”

Israeli workers, said Nissenkorn, are badly underpaid. “There are a million public sector workers and three million private sector workers in Israel. A quarter of them earn the minimum wage, and half of them are so underpaid that they do not qualify to pay taxes. This is not a strike for striking’s sake, but a social effort to raise the standard of living for Israeli workers. We have a responsibility to make sure that all workers are taken care of.”